Among the many reasons smaller cities want a flourishing tech industry: lots of high-paying jobs, investment in the community and, often, stronger cultural institutions. Of course, if a burgeoning tech sector grows too fast, there can be downsides: stratospheric housing prices and gentrification. But that’s far off the radar of most cities that really want to court Big Tech by growing smaller tech.

For smaller cities outside of the epicenters of tech, developing as a tech hub is a long process with a lot of things that must go right. I spoke with Jim Biggs, executive director of the Knoxville Entrepreneur Center, a business accelerator there. Biggs worked in Silicon Valley for years before moving to Tennessee. He laid out the hurdles his city and other smaller cities face. The following is an edited transcript of our conversation.

Jim Biggs: Access to capital, for one. There isn’t as much free-flowing capital, venture capital, that makes it into some of these smaller communities. The second is attracting and retaining talent. I think people want to move to places where they see opportunity and where they think, “If this startup doesn’t work, then I’ve got one straight down the road that I can go to, and I jump in there.”

Jed Kim: I’m imagining there is a flip side. What are the advantages?

Biggs: I guess the obvious one is that the cost of living is substantially cheaper than it is if you want to talk about San Francisco, New York, Boston. That’s been, I think, the biggest selling point. But what we found is that most of these smaller communities also have one or two unique strengths or assets that they’re able to leverage in some way that aren’t being replicated in places like the Bay Area. I think that’s also been a strong driver of a lot of the startup communities in these smaller, regional economies.

Kim: Finding access to investment can be an issue. How do you solve that problem?

Biggs: You do two things. One is you cultivate relationships with people in the communities where there is more capital. And then you also must educate the local population about the value of investing in new business creation. For a long time, it was more perceived as altruism than it was a risky but potentially lucrative asset class.

So you had people who had wealth in the community who were being persuaded to put money into things because their buddy was into it or because their kid’s brother’s son was doing it, which is great. But then when that thing flames out, and a lot of these do, the response is, “Man, I’m never doing that again.” A lot of people have come and gone from the investor community without being offered a more structured way to both do something that supports the community but also provide a return that they’re looking for.

Kim: How does a midsize city stand out as a destination for tech startups? I mean, is it a zero-sum game, like if Knoxville succeeds, Akron misses out?

Biggs: No, in fact, I think you see the opposite in a lot of the midsize and smaller cities. You stand out in part because of the culture that you create. But you also are heavily dependent on regional collaboration. If you look at the amount of capital that was invested in the Bay Area, for example, relative to the amount of capital that’s invested in the entire state of Tennessee, we’re still a rounding error. Tennessee had something on the order of $300 million to $400 million in capital invested in growth-stage startups over the last year — the Bay Area had $30 plus billion.

The only way that it’s going to work is if we are collaborating with and finding opportunity in other communities as well. One great example of that is a network that we are a part of in Knoxville and through the entrepreneur center called Launch Tennessee, which is a statewide effort to provide resources, support for and connectivity among regional entrepreneur centers throughout the state. They have nine partners who are part of that network. We all work very closely together to support each other, to support each other’s entrepreneurs, and to find ways to make sure that they are as successful as we are.

Wired looked at the problems of brain drain from smaller cities to superstar ones like San Francisco, New York, etc. It also looked at efforts some places are undertaking to reverse the flow. The state of Vermont has been offering $10,000 reimbursements for people to move there and work remotely. A similar program has been established for Tulsa, Oklahoma. There have been quite a few takers.

In general, smaller cities hold a salary advantage over larger cities when adjusted for cost of living. TechRepublic said the top 10 locations for adjusted salaries are all small- to mid-sized cities. Top spot goes to Brownsville-Harlingen, Texas, followed by Fort Smith between Arkansas and Oklahoma. My hometown, Toledo, Ohio, comes in at No. 5 — go Mudhens. The thing is, this is true in general, but not when it comes to the tech industry. Tech salaries, after adjustment, are still 5% higher in large metro areas compared with smaller ones.

So how can smaller cities compete? The Brookings Institution agreed with what Jim Biggs said about figuring out what unique benefits your city can offer and investing in them. That’s what Syracuse, New York, is doing to build up as a center for developing unmanned systems tech. The city has a historical electronics industry, as well as in sensors and defense. That may give them a leg up on developing drone tech. A tech accelerator there has attracted many international companies.

Cities are chasing crypto. But why? 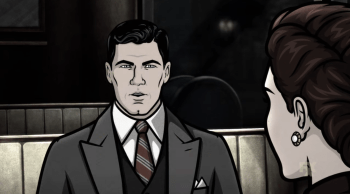