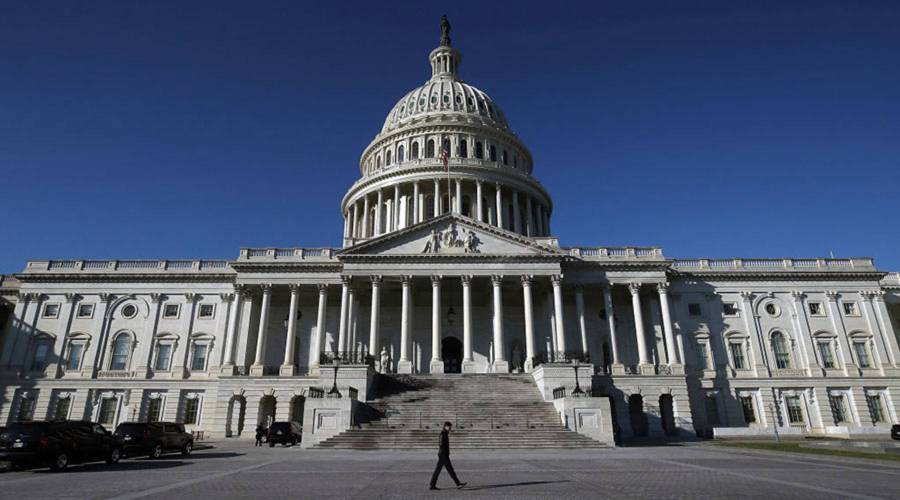 The House of Representatives has been holding virtual hearings during the pandemic, but lawmakers have been required to vote in person or have another member of Congress cast a proxy vote on their behalf. Mark Wilson/Getty Images

The House of Representatives has been holding virtual hearings during the pandemic, but lawmakers have been required to vote in person or have another member of Congress cast a proxy vote on their behalf. Mark Wilson/Getty Images
Other countries and several states allow for digital voting on legislation. Congress could vote remotely with existing technology, a new report says.
get the podcast
get the podcast

The pandemic has forced lawmakers around the world to get creative about passing legislation. But in the United States, members of Congress still have to show up to vote in person or have another member cast a proxy vote on their behalf. A report out last week by the House Administration Committee says Congress could vote remotely, securely, with existing technology, if it wanted to.

I spoke with Beth Simone Noveck, who studies the impact of technology on governing as a professor at New York University’s Tandon School of Engineering. She said remote voting is already happening in other countries and in several U.S. states via app or roll call by phone. The following is an edited transcript of our conversation.

Beth Simone Noveck: When we have our voices or our faces, that’s the best form of authentication of who we are. It’s no different in many ways, as we’ve seen from all of us working online, that we can simply express our opinion out loud on Zoom the same way we do in real space. It’s really not the technology so much that’s the issue. The technology exists for members of Congress to securely vote remotely during the ongoing coronavirus epidemic, and we’ve already seen lots of uses of Zoom and other video conferencing technologies to allow, for example, committees to meet and the business of lawmaking to go on around the world.

Amy Scott: So if the House Administration Committee says it’s safe and already available, why the pushback?

Noveck: So we’ve seen over the course of the pandemic, there were a lot of people from both sides of the political aisle who were worried about turning Congress into a museum. But people felt that really this went against tradition, this went against the way that people were used to doing things. Don’t forget that for legislators used to doing business in the hallways and face to face, doing a Zoom meeting or doing a Webex or getting online to have a meeting, that was completely new. And in fact, training was needed to get people used to the idea of having a committee meeting online. Then part of it, frankly, is party politics and just objecting for the sake of objecting.

Scott: One of the advantages of virtual committee meetings is that you’ve had more openness. It’s been more accessible to people who may not be able to fly to Washington to testify, for example. Do you see voting also potentially increasing if you don’t have to be there in person?

Noveck: We’ve seen examples from around the world of legislators who have seen their attendance rates and participation rates go way up, legislators not needing to miss a vote because they’re in their home district or need to be somewhere else. So I think we definitely have seen instances of greater rates of participation. We’ve also seen the ability for, for example, committees to bring in witnesses from all over the world, something very difficult to do today during COVID-19. But even pre-COVID, you would have a hearing with a few witnesses who would usually come potentially from where it’s convenient near in the Beltway area where the usual suspects [are].

We have the ability to have much more diverse participation and more participation in hearings. And I think what’s really exciting is those legislators that are turning to technology, not simply to do what they do offline, but do it online, it’s those who are really using technology to innovate in new ways to do what I like to call crowd law. In other words, use technology to engage the public in the legislative process. So we’re seeing lots of examples of this kind of crowd law innovation, taking advantage of new technology to hear from more people, more diverse people and to engage ordinary people in a process that’s typically been done really far away from them and often too much behind closed doors.

Scott: But lawmakers could have problems connecting to the internet. We’ve seen some government officials lose their connections during committee meetings. Is the infrastructure ready for this?

Noveck: We have to take some baby steps to ensure that we have backup plans in place. That’s why in Brazil, they have a system that both works with an app and with the telephone, so there’s a backup plan. I’ve been a witness in a congressional hearing, and the person who testified with me had to do so, frankly, from her car, because it was the only place that she could get reliable connectivity. We have the tools and techniques and the processes in place that can allow us to develop procedures that will work, including with backup plans so that people can, for example, as they’re doing in other countries, vote. Maybe not during the hearing, but afterwards, so they have a window of time in which they can actually register their participation if they can’t get online then.

Scott: A reminder of the stakes here, which is if you have people talking in the halls and having backroom meetings, that’s potentially spreading COVID-19. Do you think there will be more pressure on the House to take this step in the coming months?

Noveck: I think, especially with a change in administration and a posture that will be really much more proactive in terms of abiding by things, like mask mandates, social distancing requirements and public health and safety measures, I think we’re also going to see some change in culture. And when you keep in mind the fact that the average age of a senator is 63, and the average age of a member of the House is 58, and again, that COVID-19 is rising all over the United States, I think we’re going to see both the necessity of really instituting procedures that help keep people safe, but also really a change in culture in really trying to demonstrate for the American people the right ways to work safely and to act safely. And that’s going to create pressure, I hope, for greater uses of these technologies. Frankly, if it’s not COVID-19 today, it could be a natural disaster tomorrow. We have to be prepared to continue operations of government, even in the event of a disaster. We don’t want to be without the ability to legislate, to provide the American people with services that they need, to provide them with their stimulus checks and, importantly, to conduct oversight over the executive branch, especially in a crisis. We have the world’s arguably most powerful national legislature, and it deserves to have a modern and safe digital infrastructure.

The House has addressed some concerns about the spread of COVID-19 by members gathering and traveling to and from their home districts through proxy voting, which allows lawmakers to vote on behalf of up to 10 colleagues. Proxy voting has been used to cast nearly 4,000 individual votes, according to the House Administration Committee report. Republicans filed a lawsuit claiming the practice is unconstitutional, but according to the Wall Street Journal, Democrats say the Constitution explicitly gives the House of Representatives the power to make its own rules. One safeguard against hacking or fraud: lawmakers’ votes are public, so members can verify that their votes were cast as they intended. 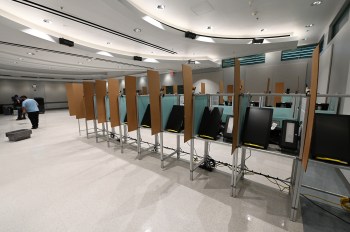 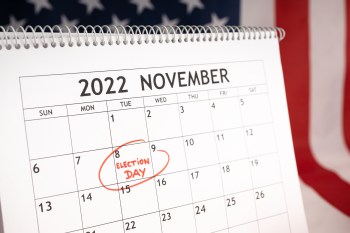 March was a month of shopping in the U.S. 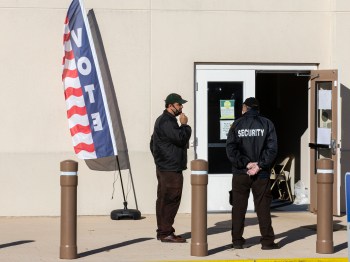