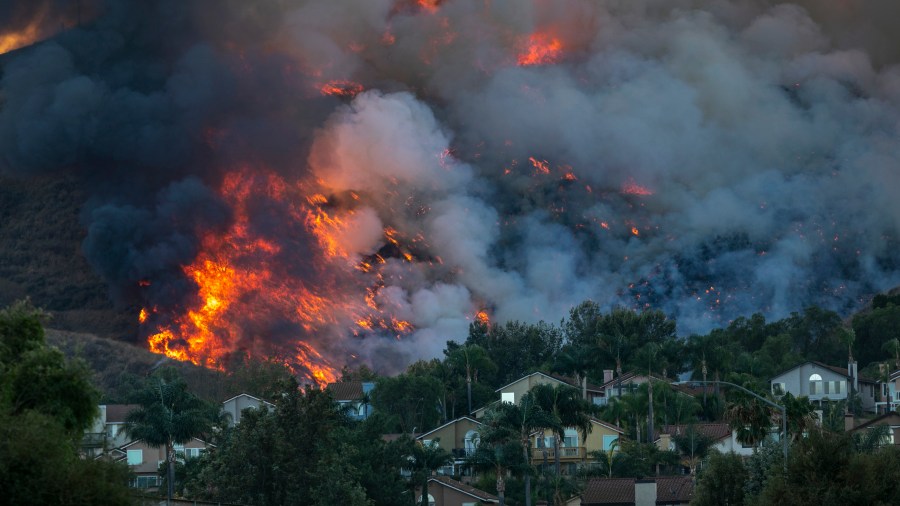 All this week on Marketplace Tech, we’re talking about climate change and how technology can help us become more resilient to it. It’s part of our series “How We Survive.” And a big element of the business story around climate change is risk. The risk to cities, states and countries, to businesses and the banks that invest in all of them.

Some regulatory bodies, like the European Central Bank, require climate risk assessment. It’s possible the Federal Reserve may eventually as well. I spoke with Emilie Mazzacurati, who runs the climate data firm Four Twenty Seven, which was acquired by Moody’s last year. It uses big data analysis to help companies and governments figure out the risk climate change poses to them. The following is an edited transcript of our conversation.

Emilie Mazzacurati: The very first thing that needs to happen is, first, to understand, identify the nature of the risk— this could be storms, floods, wildfires, heat waves— [and] what those impacts are going to be. And then, the second step is to understand how those impacts translate in terms of financial risk, credit risk. And this is where we’re working closely with our parent company, Moody’s, to understand how exposure to extreme weather events, for example, translates in terms of impacts on cash flow, on asset valuation, and therefore whether we see an increase in the risk of default, or whether we anticipate an impact on the stock performance — the type of metrics that investors, asset managers are going to be looking at.

Molly Wood: Is Moody’s starting to take an investment climate risk into account when giving it a rating? Is that on the horizon?

Mazzacurati: I’ll start with a disclaimer, which is I am not speaking on behalf of the credit rating agency Moody’s Investors Service, but we are a key data provider to the input. And there are now a number of rating activities where physical risk is being incorporated systematically. So, for example, when looking at municipalities or states or cities in the United States, there is going to be a paragraph in the opinion that describes whether there is risk related to climate or other environmental, social governance risks. If you think of a city like Venice, or certain states on the East Coast, the long-term implication of potential impacts on properties and infrastructure that are coastal can be really meaningful. It gets a little bit to the question of, on the one hand, the time horizon: When will this become sufficiently disruptive that it would become a financial issue? And also a matter of what is the adaptation and resilience policy and planning around that, such that some of those effects could be mitigated or could be, if not avoided, at least managed in a way that is not so harmful to the city from an economic and financial standpoint.

Wood: Is this the kind of work, and hopefully eventual regulatory framework, that will create commercial incentives for solutions?

Mazzacurati: In and of itself, if we only keep focused on risk, we may not be incentivizing everything that needs to happen from an adaptation standpoint. If you think of how that’s been handled in other sectors, there was the creation a number of years ago of ARPA-E at the federal level, an innovation agency that invests in energy technology. We would need an ARPA-A for adaptation. There’s a number of other policy mechanisms that can be used to support innovation and market creation. So the risk is one of the key mechanisms. It’s a pre-requirement, but in and of itself, it is not going to allow the market to really bloom and expand as much as it should. So there’s a number of other policy actions that could be taken to support that.

Mazzacurati: I think we’re slowly moving in that direction. I don’t think we can quite claim victory yet. What we’re going to see is it’s going to become a lot more attractive from a financial standpoint to invest in adaptation and resilience once we have a better understanding of the costs. The fact that credit rating agencies like Moody’s are starting to incorporate physical risk. The fact that investors are incorporating this data in pricing risk for their investment in terms of return expectation. All of this is going to start really affecting directly the type of issuers, organizations, corporations, that hold the levers with regard to adaptation investments and make it worth it for them to invest in, say, flood prevention for building or for a facility. The other place where we’re seeing an evolution is — slow, but growing awareness — that banks have a critical role to play in financing adaptation. And so those products are a little more widespread in Europe, but we’re not there yet either. In the U.S., we see products around offering more advantageous financing for energy efficiency or energy-efficient homes, for example. You may get better terms on your mortgage if you have a home that meets certain requirements in terms of energy efficiency. This thinking can and should be applied much more broadly around offering better terms for loans where there is some of that money going towards adaptation or resilience investment, or offering better terms or risk premium for facilities or companies that have done this effort. It all comes back to, really, pricing and rewarding those investment[s] and pricing the cost of not doing them to create the incentive and make the financial case work, where it can be a little difficult to really see the return on investment on some of those efforts just because of the nature of the uncertainty of climate impacts and risk.

Wood: How have the conversations about climate, just generally, changed since the COVID-19 outbreak began?

Mazzacurati: That’s interesting. When the outbreak started, I think a number of us in climate thought that climate would go on the back burner and we would go back a few years in terms of policy and integration of climate into financial and risk management processes. And we’ve actually seen the opposite, in that COVID-19 almost made the case that one should plan for unexpected scenarios, that things that risk managers warn about actually can happen. And when they happen, they’re very, very costly and very painful. And so we’ve seen a reengagement, almost, on the climate, as if COVID-19 had further reinforced the need for good risk management, for thinking outside the box in terms of what can happen, because so many things happened in the past year that nobody would have imagined. No one would have imagined all the planes grounded and people working from home for months on end, and everything that we’ve been and are still going through. So now when you look at climate, and you say, “Well, what happens if we stop using fossil fuel?” it’s not so crazy an idea anymore because we’ve seen that crazier things can happen, in a way. So there’s been that, and also, a little bit in the U.S., maybe more so in some other regions, we’re seeing the integration of climate embedded into discussions around recovery and economic recovery packages. So the green growth, this idea that if we’re going to reinvest a lot of money in the economy, we might as well do it in a way that is compatible with climate and the things that need to change, rather than continue to fund the same old practices.

I mentioned some regulatory bodies requiring climate risk assessments. In November, in its regular report on financial stability, the U.S. Federal Reserve highlighted the risks that climate change poses to that stability for the first time. It gently suggested that banks should start reporting their risk to help reduce uncertainty, or in Fedspeak, “the probability of sudden changes in asset prices.” But it did not make such reporting mandatory — at least not yet. However, the comments made waves.

On Monday, American Banker published an opinion piece objecting to the idea of stress testing for climate change risk, saying it would require banks to look too far into the future if they’re made to model the impacts of climate change beyond a couple of years. The U.K. and Europe, according to the piece, require banks to stress test for climate over a 30-to-50-year period. However, perhaps before we start objecting to having to measure climate risk and over what timeline, it would be worth noting, as KPMG did in a report just last week, that only about half of the world’s 250 largest companies acknowledge that climate change is a financial risk. Just 22% are scenario planning for such risks, and even fewer are reporting those risks on any timeline at all. 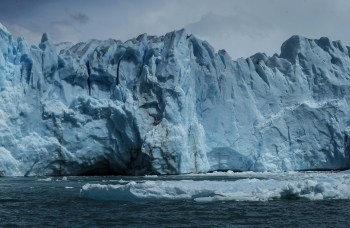