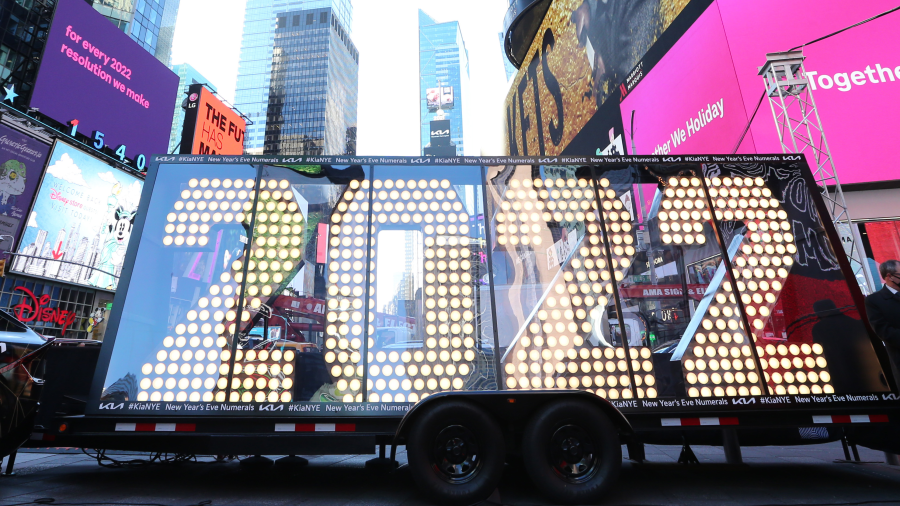 Futurist Amy Webb says she anticipates advancements in tech across the board this year.
Listen Now

New technology has shaped so much of the last year. Advancements in biotech and mRNA vaccines helped save lives; better software helped many of us work and learn from home more efficiently.

Meanwhile, the federal government made big investments in tech infrastructure while trying to push for more regulation of major tech companies. And those same companies made their own headlines, good and bad, while expanding into virtual worlds — and even space.

Amy Webb, a futurist and founder of the Future Today Institute, says last year will heavily influence what’s ahead. The following is an edited transcript of our conversation.

Amy Webb: Well, there are a number of signals that emerged in 2021 that will carry over, and they range from the metaverse, which, depending on your perspective, fortunately or unfortunately we will continue to hear about. Decentralization, which sort of covers the world of decentralized finance and blockchain and those pesky NFTs. I also think we’re going to be hearing about synthetic biology and quite a bit about space.

Kimberly Adams: Let’s take that synthetic biology one first. We are still in the pandemic. Where do you see things going, there?

Webb: As we are speaking, there’s an omicron variant that is moving through most countries around the world, including our own. If anything, that will, I think, spur additional research into some key areas of diagnostics, and over-the-counter testing and therapeutics, in a race to try to curb what’s happening. But I think this is where synthetic biology, which is a relatively new field of science, and is responsible for creating the messenger RNA vaccines, comes into play. There’s actually quite a bit that is happening within the realm of engineering, or editing biological code.

Adams: Can you give some examples?

Webb: Sure. So pretty soon, we’re going to be able to program living biological structures as though they are tiny computers. A chicken patty that was produced in a bioreactor using the actual cells of a chicken that, over time, a short amount of time, turned into a chicken patty that has the same molecular structure and tastes exactly the same, but didn’t require any of the natural resources that commercial chicken farms currently require to produce the meat that most people buy in their grocery stores and at restaurants.

Adams: And are we going to be seeing this kind of stuff at scale in 2022, or just more of it come out?

Webb: Well, synthetic biology is on a long-horizon trajectory. But I would argue that it’s the most important technology of the 21st century. There are more applications now for messenger RNA vaccines for different things beyond COVID, like a universal flu vaccine. And there’s also messenger RNA research in the works to target cancers. I think we’re going to be seeing much more of that in the coming year.

Adams: What about some of the tech advances in the workplace? I mean, so many of us found ourselves using a lot more tech at home related to working from home. Do you see any developments there?

Webb: Well, hackers have certainly seen developments. 2021 was a banner year for ransomware and threats. I think we’re going to continue to see that going into next year, and that makes sense. You know, when you’re working from an office, and you’ve got an IT department digitally — or literally — looking over your shoulder, you have fewer potential security problems. Once you’ve got everybody with devices, connecting to routers that may or may not have had their firmware updated in their homes, in a Starbucks, you wind up with new types of problems, and I think we’re probably going to continue to see malware, ransomware, novel security problems all throughout next year.

Adams: You mentioned that one of the stories you’re gonna be watching in 2022 is space. NASA ended the year with the launch of the James Webb Space Telescope, and 2021 was a big year for the private space industry. So what are you watching in that space? And yes, pun intended.

Webb: So try to wrap your head around this: This year, commercial private entities will send more astronauts into space than the government for the first time ever. There’s a lot happening. There are several private companies that are now building their own space stations. There are lots of tourist-related flights that are going to be happening. And, you know, the FAA here in the United States is trying to figure out what to do with certifications. You have to perform certain tasks in order to get your official astronaut designation, your astronaut wings. And with so many people now paying to go into space, there are going to be questions around how they should be certified going forward. So we’re going to be facing some novel challenges, but I think for those people like me who absolutely love science fiction, and especially space political dramas, those of us who are alive today are part of the foundation for these amazing stories that take place in the further futures.

Adams: You mentioned that we are going to be hearing a lot more about the metaverse, even though that is not Facebook’s own thing. It’s many, many companies’. But where do you think we’re gonna see movement? Or how do you think the metaverse is going to show up for most people in 2022?

Webb: One of the strongest signals coming out of last year, I think, was the fact that a few companies have changed their names. So Facebook changed its name to Meta. Square, the payments platform, changed its name to Block, as in blockchain. And these companies are sort of letting others know that they intend to be the primary ecosystem player. I think more practically what we’re going to see this year is more augmented reality, more mixed reality, basically more lightweight consumer implementations that will be part of the metaverse as it’s growing. I might also say that some of the arguments we’re having today about Big Tech [companies], and their outsized influence in the internet space, we may someday be having about the metaverse. We’re already seeing consolidation, and there are already interoperability problems.

Adams: So these are all the things that you think are going to happen. What do you wish would happen? What would you hope in 2022 that we would see more of, whether or not it’s actually going to happen?

Webb: Here’s what I would say. One of the challenges we had in 2020, and also 2021, had to do with misinformation. And I think some of that misinformation is tied to algorithms and profit models. But some of this is on us. And what I would love to see in 2022 is an effort to make media literacy a more prominent part of our education system. Digital media literacy should be a mandatory part of what kids are taught in schools, and I think the faster that we get on that, the better off we’re all going to be. It’s potentially one of the single best things we could do to plan for our futures.

Amy has a list of her predictions for tech in 2022. She gets into the decentralization of finance; social networks; even art and geoengineering. China is already deploying cloud-seeding technology to make it rain. What does that mean for the environment?

We also have a link to a piece in Wired digging into that synthetic meat future Amy was discussing. Being able to create any meat in a lab could create regulatory and moral challenges. As they point out in the piece, what happens when someone wants to eat fake dolphin or elephant meat. Are we OK with that? 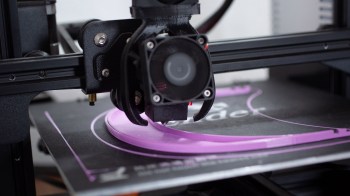 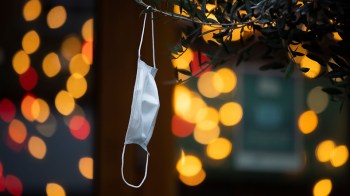