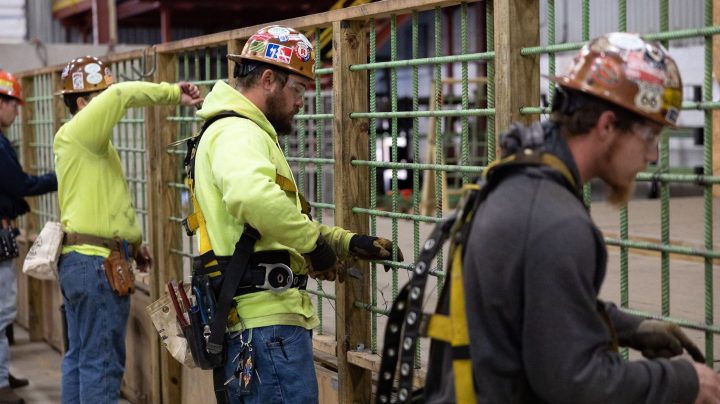 COPY
The manufacturing sector added only 8,000 jobs per month in November and December — well below the average of 32,000. Megan Jelinger/Getty images

The manufacturing sector added only 8,000 jobs per month in November and December — well below the average of 32,000. Megan Jelinger/Getty images
Listen Now

Manufacturing in this country has been on a journey these past few years. Clobbered and then energized by the pandemic, employment in the sector is the highest it’s been in more than a decade.

But data from the Federal Reserve Bank of Richmond shows that things are cooling down a little in part of the Southeast. The indexes for shipments, new orders and employment have all declined. Things are slowing down some elsewhere too.

Mativ is a Georgia-based global manufacturer that makes a lot of different stuff.

“The filtration that filters clean air and water, whether that’s in a hospital or your car,” said Mativ CEO Julie Schertell. “We make coatings that go on glass structures, on smart glass that can make things bulletproof.”

The list goes on. Overall, the manufacturing climate has settled some, Schertell said.

“We’re feeling some contraction and some lack of clarity in the macro environment — not significant contraction, but we’re watching it very closely,” she said. “We’re seeing our order book contract a little bit.”

But it’s not evenly spread out. Schertell said that about 60% of the products Mativ makes are recession-resistant, like medical equipment and air and water purification. Other things Mativ sells, like commercial printing products or business advertising materials, are more vulnerable. The same goes for manufacturing as a whole, which is a mixed landscape.

But the slowdown appears to have begun.

“Manufacturing activity ended the year on a pretty weak note,” said Chad Moutray, chief economist at the National Association of Manufacturers. “You saw manufacturing production decline in both November and December.”

The sector added only 8,000 jobs per month in November and December, which is well below the monthly average of 32,000.

Even so, manufacturers’ No. 1 complaint has been trying to find workers — a sign that the manufacturing labor market is still hot. Plus, capital spending and construction have been resilient, Moutray said.

On the one hand, production and hiring slow down, but on the other, the labor market is tight and companies are still investing. The answer to that puzzle may be that manufacturers see a potential slowdown this year as shallow and short.

“We expect the first half to have some contraction in it, and we’re feeling that now,” Schertell said. “We expect a healthier back half of 2023, but we’re watching the signals pretty closely.”

Just like everybody else trying to make sense of this economy. 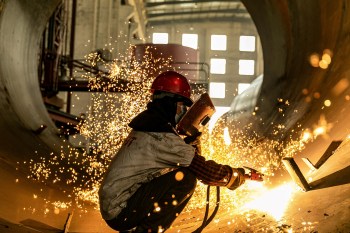