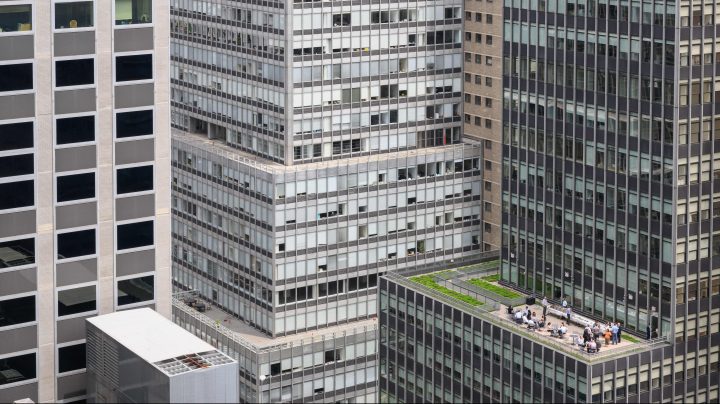 COPY
Some companies have experimented with schedules to boost satisfaction and reduce stress. At Alter Agents, though, an employee survey showed that "a lot of the numbers that we expected to go up, went down," said CEO Rebecca Brooks. Angela Weiss/AFP via Getty Images

Some companies have experimented with schedules to boost satisfaction and reduce stress. At Alter Agents, though, an employee survey showed that "a lot of the numbers that we expected to go up, went down," said CEO Rebecca Brooks. Angela Weiss/AFP via Getty Images
Listen Now

Office life looks different now from a few years ago. In a recent McKinsey survey, 58% of respondents reported having the opportunity to work from home at least one day a week, and 35% had the option to work fully remotely. Other types of workplace perks like unlimited paid time off are also on the rise.

Now, the four-day workweek is having its moment, with some impressive results. However, one company that tried it out is reporting it wasn’t a perfect fit.

Alter Agents, a market research firm in Los Angeles, piloted a system of rotating days off so that the office could remain open five days a week. After 10 weeks, the leadership did a survey and found that stress was higher among employees than before the changes.

Rebecca Brooks, CEO of Alter Agents, joined Marketplace’s Kai Ryssdal to talk about the experiment and why she’s not giving up on making an altered workweek work for her employees.

Rebecca Brooks: We’re a really high-end client service market research company, so our clients include Netflix and Snapchat. They’re on all the time, so we needed to be on all the time. And we didn’t want to just shift the hours. Ten-hour days are very hard, and so we did kind of a complicated alternating thing where everybody picks their days. We had a lot of rules around, you know, not too many team members from the same team could be out. But we made it fun. We did kind of like a lottery thing at the beginning of every month, where everybody got to pick their days and put it on the calendar.

Kai Ryssdal: Work schedule as fun — I don’t know, but maybe that’s just me. But clearly, it didn’t work out the way you wanted it to. Before we get to that, though, one of your goals was that your clients would never know you were doing this, that it would be transparent to your clients, which I guess goes with the high-end thing.

Brooks: That’s right. We debated about telling our clients before we began the pilot program and felt like actually a marker of success for us was that they wouldn’t know that there was any difference in our level of service. And so if our clients had started to say, like, “Hey, people aren’t getting back to me quickly enough,” or, you know, “I feel like things are slipping through the cracks,” then we would have known that from their end that this was not working.

Ryssdal: Did you get a nasty phone call from Reed Hastings at Netflix saying, “Hey, we can’t get our calls answered” or was it OK with them?

Brooks: No one noticed. And when we started talking about it publicly, yeah, they were surprised.

Ryssdal: All right, spoiler alert here: It didn’t work. You went back to regular after 10 weeks. What happened? Why did you, as the boss, say, “You know what? Not working. Gotta go back.”?

Brooks: Yeah, well, we’re researchers at heart. So we actually did a pre-post survey and we let everybody know that this was a pilot program. We did a survey around mental health, like how many hours are you working? What is your level of stress? And then after 10 weeks, we came back and did the survey again. And a lot of the numbers that we expected to go up, went down. And I think that what it came down to was that there were two types of people — and I want to clarify that neither one of them was wrong. But there were sort of boundary setters who were hard-lined about taking that day. And there were people that would say, “Well, I’ll take this meeting” or “I’ll finish this up in the morning.” And they were looser with that. And so it made the boundary setters feel very uncomfortable that other people weren’t setting their boundaries, and that made the people that were coming in and doing a little bit feel resentful. And ultimately, the idea of having the day and not really feeling like you could fully take the day or feel guilty about taking the day was more stressful than working a five-day week.

Ryssdal: Yeah, for sure. So look, is there a situation in which you would try this again? Would you make some tweaks or are you done and you got to be five days? And that’s just what works for this company?

Brooks: No, we are absolutely committed to figuring out how to make it work. I really believe that — especially for knowledge workers, you need that extra time. And so if we can get to an overstaffed position, and by that I mean that when somebody takes vacation or is on sick leave or maternity, the rest of the staff doesn’t feel stressed. They feel like they’ve got the resources they need to work through that. If we can get to that point, then I think it’s a real possibility that we could make this four-day workweek happen.

Ryssdal: What did you, as the woman in charge, do? You’re the CEO, so did you take your 32 hours? Or was that not reasonable for you?

Ryssdal: Good for you! That’s great.

Brooks: I think I was the only person in the company that was actually quite happy with the four-day workweek. So it was hard to admit defeat and give it up. But you know, better for everybody that we’re on five days for now until we can figure out a better system.