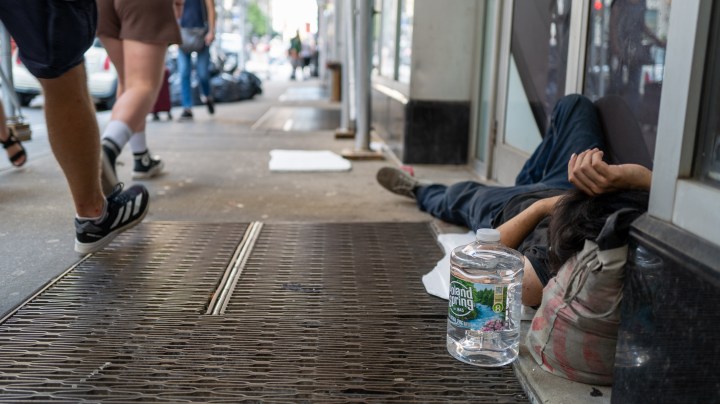 The day it became illegal to sleep outside in Tennessee, Kayla Phillips and Juan Brito moved into an apartment.

Brito and Phillips have both been homeless, and living on the streets of Nashville, for years.

“We’ve been in a tent,” Brito said. “And now it’s …” he trailed off, with a big sigh that sounded like relief. “You know what I’m saying?”

It’s a big weight off — to have privacy, a roof, walls, a bathroom, running water. Especially now. Earlier this summer, legislators in Tennessee passed a law making it a felony to camp on public property. It went into effect July 1.

“I was concerned because I’ve never been in trouble in my life,” Phillips said. “And if we would have stayed out there another 30 days, I could have got a felony. Just for sleeping outside, trying to survive.”

Cities all over the country have laws against sleeping outside on public property. Some enforce them more than others.

“We’ve been tracking these laws across more than 150 cities,” said Eric Tars, legal director at the National Homelessness Law Center. “Laws criminalizing camping, sleeping, sitting, lying, loitering … laws criminalizing living in vehicles. All of those have gone up by double- or triple-digit percentages over the past 10 years.”

That’s in cities big and small, cities led by Republicans and cities led by Democrats. But now, “we are seeing a trend of it not just at the municipal level,” Tars said, “but also these new proposals at the state level.”

Over the last two years, legislators in at least seven states have introduced bills to make it illegal to sleep outside on public property; Tennessee and Missouri each passed one this year.

Tars and other advocates said this is happening as homelessness is rising. The pandemic, inflation and skyrocketing housing costs — on top of deep, systemic issues — are pushing more people onto the streets.

“There’s definitely an increase in homelessness and in particular, in highly visible unsheltered homelessness,” Tars said.

“And that’s creating this new urgency and this new pressure for policymakers to do something,” said Diane Yentel, president and CEO of the National Low Income Housing Coalition.

Tennessee’s new law goes the furthest, making felony charges possible for anyone arrested for unsanctioned camping on public property. Missouri’s law, along with the bills in a handful of other states, which make it a misdemeanor, are similar to model legislation from a think tank called the Cicero Institute, Pew found.

“We support bills that make it illegal for people to stay on the street,” said Judge Glock, director of policy and research at the Cicero Institute.

“The goal, of course, is not to just arrest homeless people,” he said. “What we try to do is make sure people get off the street and into shelter and services as quickly as possible.”

“Well, that sounds great, but what kind of tool is arrest?” said Paula Foster, the executive director of Open Table Nashville, a nonprofit homeless outreach organization. Because even if arresting people isn’t the goal, it’s written into the law.

And made it harder for those individuals to find a job.

Foster would also like to get more people off the streets and into housing and services, she said. “The problem with that is one, we don’t have housing units. And two, the wraparound services have never been funded to the level they need to be in order to provide the intensity of services people need to be successful.”

Nashville is short around 15,000 affordable apartments for the lowest-income residents. It doesn’t have nearly enough shelter beds either.

“You have about 800 shelter beds available here in Nashville on any given night — 800, maybe 1,000, if you really want to stretch it,” Foster said. “But if you’ve got up to 20,000 people who are experiencing homelessness … well, there’s nowhere for people to go.”

Near Knoxville, Tennessee, Chris Taylor, CEO of the Tennessee Valley Coalition to End Homelessness, said people who had been living in tent encampments in the city have started moving into more rural areas. And people living in rural areas, “we’re finding that they’ve moved either deeper up into the woods or moved to a different location because they don’t want to either get arrested or run out of where they are,” he said.

Which makes it harder to find them and help them find food and services.

In the long term, Taylor and other advocates for the homeless say the solution is to build more permanent, affordable housing and get people into it.

“We know how to end homelessness. We do it on the individual level every day,” Yentel said.

“What we’re not able to do is stem the tide of more people falling into homelessness. For example, in the city of L.A., every day about 207 people are moved from homelessness into stable, affordable housing. On that same day, about 225 people become newly homeless.”

In the short term, cities and states actually have a lot of money right now from COVID relief packages that they could potentially use to expand rental assistance to keep more people from falling into homelessness, Yentel said. They could also use those funds to help move those who are living on the streets into temporary housing.

“Moving people to safer alternatives, like hotels and motels,” she said. “Which is something that we did during the pandemic and should continue to do, certainly as encampments are growing.”

In Nashville, Kayla Phillips and Juan Brito still have a lot of friends living in a big tent encampment in the city.

“But the thing is, for how long?” Brito said. “I’ve been hearing through the grapevine homeless people in other counties have already been getting arrested.”

People are worried, he said. They don’t know where to go. And it can take years to get a voucher for affordable housing. Brito and Phillips first applied for one four years ago. 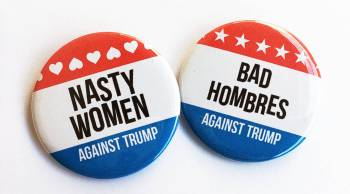