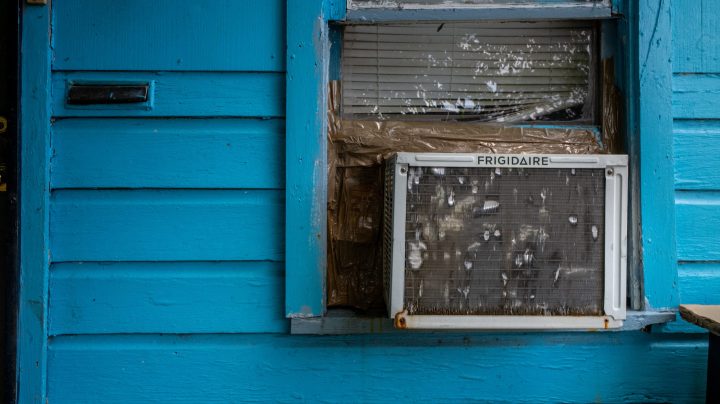 COPY
With large swaths of the U.S. under excessive heat warnings this week, Americans are blasting their air conditioners, which can increase electricity bills. Brandon Bell/Getty Images

With large swaths of the U.S. under excessive heat warnings this week, Americans are blasting their air conditioners, which can increase electricity bills. Brandon Bell/Getty Images
Listen Now

It’s hot right now in much of the country. And in a lot of places, very humid too. There have been heat warnings in more than half the states in the union, across the South and Midwest and on the East Coast. And this heat wave is driving up demand for — and the price of — natural gas.

What do you do when temps are in the 90s (or hotter) and the air is extremely humid? Turn on your air conditioner, if you’re lucky enough to have one.

“What we see in the middle of these heat waves is increasing demand for energy, particularly electricity,” said Melissa Lott at Columbia’s Center on Global Energy Policy.

She said much of the country’s electricity is generated by natural gas — about 40%.

“So as temperatures rise and we start to crank up our AC, we see demand for natural gas go up as well,” Lott said.

This week it’s way up, said Juan Alvarado at the American Gas Association.

And — as we know — when demand for something goes up, so does the price.

“We’re seeing prices that are higher than they’ve been in a long, long time,” he said.

The highest they’ve been since 2008. That, in turn, is reflected in a lot of people’s electricity bills, which are also very high right now.

The thing is, intense heat waves are only going to be more common as the climate changes, which means this is an issue we’ll keep running into.

Public policy can make a huge difference, said Arvind Ravikumar at the University of Texas at Austin.

“The key is to make sure that over the coming years, we expand clean energy as fast as possible, as much as possible, so we can reduce the upward pressure on prices of natural gas,” he said.

And reduce climate-changing greenhouse gas emissions at the same time.