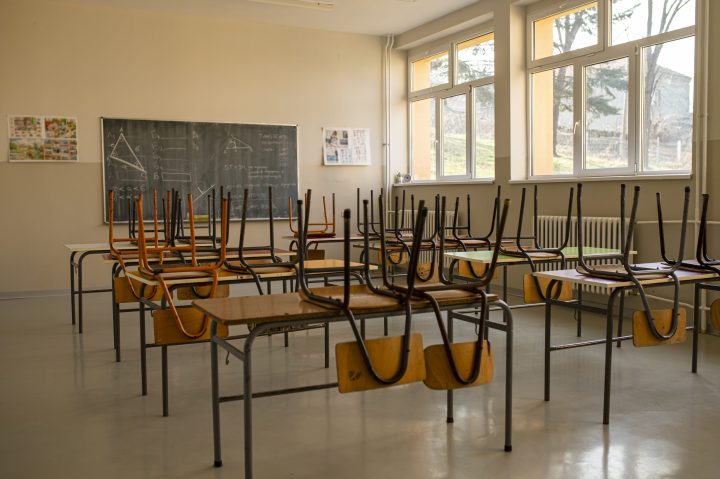 COPY
Some school districts have had to improvise ways to get teachers to take spots in their classrooms. Getty Images

Some school districts have had to improvise ways to get teachers to take spots in their classrooms. Getty Images
Listen Now

There have been long-standing teacher shortages, particularly in science, math, and special education and they’ve been exacerbated by the pandemic.

In many districts, the kids are due back in August, and lots of school leaders are still trying to figure out who’s going to be in front of them.

Jerry Griffin leads the Malone Central School District in very northern New York – near the Canadian border. He said it can be hard to recruit teachers to the area.

“You have to want to be here and live in the Adirondacks and have the outdoors be a significant part of your life,” he said.

Griffin still has eight teaching positions to fill before school starts in a few weeks, and said for some roles, particularly in special education, he’s lucky to get even one applicant.

He used to get stressed out about this kind of thing.

“But, sadly, we’ve kind of gotten used to operating a school district not being fully staffed,” he said.

If he can’t fill the roles, Griffin will ask teaching assistants and retired teachers in the area to see if any will fill in for a few months.

Across the country, in the Umatilla School District in eastern Oregon, superintendent Heidi Sipe is looking to recruit from the area’s growing tech industry. She recently spoke with someone in IT who’s interested in teaching but not a teacher’s salary.

Sipe just hired two teachers who’ve not yet completed their bachelor’s degrees. They’ll be doing the student teaching part of their training while on the job.

“We had to get what’s called an emergency license from the state for them to be able to do so,” she said.

In the Freeman School District in Washington State, near Spokane, superintendent Randy Russell is still looking for a music and choir teacher. If he can’t find one, he may have to put a teacher in there without a music background, which is less than ideal.

“It doesn’t really work, you know, how would you like to have a math teacher come in and teach your band class, right?” he said.

Back in northern New York, superintendent Jerry Griffin is trying to think long-term and encourage graduating seniors to think about teaching as a career, and substitute in the district while home on college breaks.

“Because, frankly, we want to get our hooks into them,” he said.

Because if you’re having trouble recruiting educators from other areas or industries best to just grow them yourself.