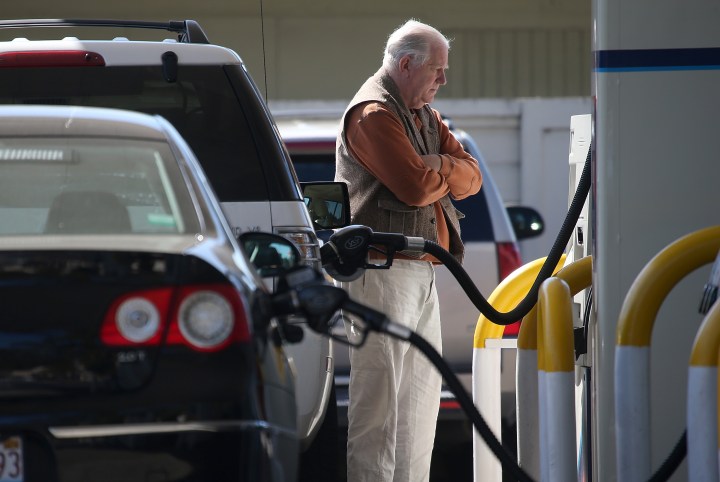 COPY
Although President Biden's call for a federal gas tax holiday sounds like a good idea, it could have a counterintuitive effect. Justin Sullivan/Getty Images

Although President Biden's call for a federal gas tax holiday sounds like a good idea, it could have a counterintuitive effect. Justin Sullivan/Getty Images
Listen Now

Hoping to curb the pain consumers are feeling at the pump right now, President Biden has called for a suspension of the federal gasoline tax. Biden asked Congress on Wednesday for a three-month suspension of the tax, a lot of which helps pay for roads and bridges, to provide some relief.

A suspension of the federal gas tax in response to really high gas prices sounds like a no-brainer.

“Everybody considers it, it’s on anybody’s, any president’s checklist,” said Bob McNally, president of Rapidan Energy Group and an economic advisor in the George W. Bush administration. “But none of us ever did it. Because the bang for the buck wasn’t really that great,” he said.

Today, that relief for drivers would be 18.4 cents a gallon. That’s just under $3 in savings on a 16-gallon tank. And, McNally said, that’s if this tax break actually gets passed on to the consumer.

“It’s entirely possible, indeed likely, that most of that 18.4 cents per gallon will get captured or eaten up by refiners or distributors of fuels and not even get to the driver at the pump,” McNally said.

Another issue with this tax holiday is that, by granting price relief, the White House might actually be encouraging people to use more gas.

“If we remove a gas tax, an economist would tell you that if you lower the price, you will increase demand,” said Morgan Bazilian, who directs the Payne Institute for Public Policy at the Colorado School of Mines. “By doing this, one could minimize its effect almost immediately by the price of oil going up on global markets.”

He said the Biden administration has two conflicting goals right now: On one hand, lower gas prices. On the other, encourage the public to use less oil and gas.