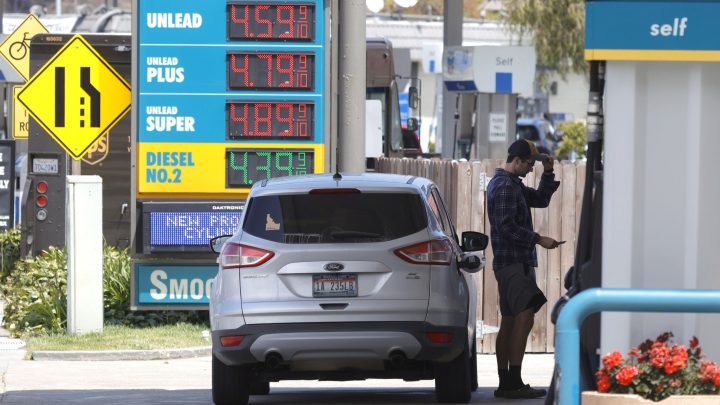 COPY
There are several factors that go into why the price for gas can be so different from country to country. Justin Sullivan via Getty Images

There are several factors that go into why the price for gas can be so different from country to country. Justin Sullivan via Getty Images
Listen Now

Among the many costs going up these days are gas prices. That’s not just a local problem or a U.S. problem, even — China is reportedly working on releasing oil from its strategic reserves to shore up supply.

President Joe Biden is considering releasing oil reserves here in the U.S., and the administration’s imploring other countries to do the same.

The U.S. has about 600 million barrels of oil in its reserves right now. Tapping into them could take some pressure off gas prices, according to analyst Matt Smith, at the data and analytics company Kpler. “It would lower that oil price, and that would have a knock-on effect on gasoline,” Smith said.

Thing is, he said that knock-on effect would likely be small — and it wouldn’t last long. That’s because oil and gas prices are more influenced by global supply and demand.

The Biden administration has been pushing the Organization of the Petroleum Exporting Countries to speed up production, but they’ve declined.

“Their economies are heavily dependent on their oil sales and oil prices,” she said.

The administration has been considering other tools. This week, it asked the Federal Trade Commission to investigate anti-consumer behavior in the oil and gas market.

It would be hard to prove any wrongdoing, Vakhshouri said. But Bob McNally, president of Rapidan Energy Group and a former official in the George W. Bush administration, said governments want to look tough on price gouging.

When gas prices rise, presidents, in general, know they have to react, he added. “Consumers see that price every day, even if they don’t fill up their car. And seeing the price at the pump rise, I mean, it’s very visible.”

Tapping U.S. oil reserves, McNally said, is another way for the administration to show it’s doing something.