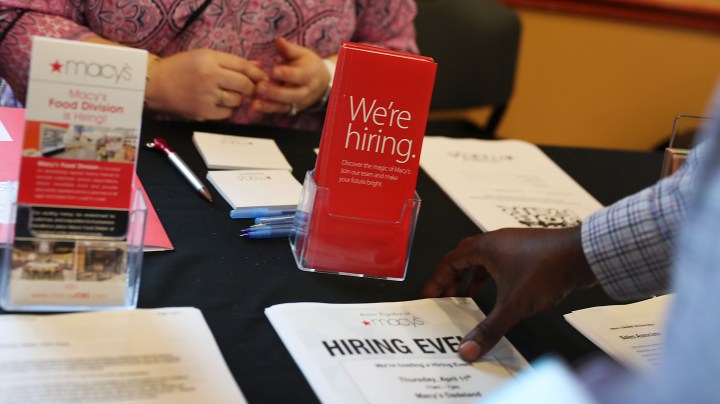 COPY
The pandemic forced millions to reevaluate what they wanted out of life — and out of a career. Joe Raedle/Getty Images

The pandemic forced millions to reevaluate what they wanted out of life — and out of a career. Joe Raedle/Getty Images
Listen Now

When I first connected with Allison Lee more than a year ago, she was on a boat, somewhere off the coast of Florida, Zooming from the bunk bed she shared with her boss. Today, the yacht she’s working on as a stewardess is docked in Manhattan.

Lee is 31 years old and has been a stewardess for over a year after quitting her digital advertising job. She’d always doubted the 9-to-5 life was for her, and the pandemic forced her to confront the fact that she was unhappy. Soon, she was on yachts, questioning whether this big life change was making her happy.

“Um, most of the owners are very wealthy, and they don’t really treat you as people. They’re just kinda rude and very demanding,” she said.

She said the work can also be gross. The cleaning is so detailed it requires Q-tips and toothpicks.

“Like, obviously, my passion isn’t scrubbing toilets or cleaning or doing laundry,” she said. “So I wouldn’t say the job itself is my passion.”

But she otherwise loves it. She likes being active all day. She’s made great friends with other crew members; one of them is now her boyfriend. She gets to travel on the boat and in between gigs with the money she saves from not having to pay for rent and meals.

Lee’s learned that being happy in a job isn’t necessarily about the job itself, that finding the right career isn’t always about following your passion, and that your self-worth isn’t tied to your title.

In a way, we’ve all grown up being taught that work defines a happy life, instead of work being one of many tools that can help build a happy life.

“It’s important to, as I say, ‘diversify your meaning-making portfolio,'” Cech said. “And by that, I mean investing in activities and hobbies that are wholly outside of your paid employment.”

Even when you are passionate about your job, wrapping up your whole identity in it can be toxic. Jon Jachimowicz, a professor of organizational behavior at Harvard University, said people who are too passionate about their jobs often put too much pressure on themselves to perform and have a hard time leaving their feelings about work at work. And their bosses are more likely to take advantage of their enthusiasm.

“When we perceive someone as passionate for the work, we’re also more likely to feel that it is legitimate to exploit them,” Jachimowicz said.

That’s a lesson that Ryan Hoyme in Rochester, Minnesota, learned the hard way. He’s 49 years old and was laid off as a massage therapist early in the pandemic. So he decided to finally put his new degree in health care management to use. He got a job directing an assisted living facility. He was also following one of his passions. He loves working with the aging population.

“I don’t care if they tell me the same story 10, 20, 30 times. I’m eager each time to listen to those stories, because you can learn so much from the elderly population,” he said.

But the job was nothing like it was described. The company he worked for was bought. He was transferred to another facility, and he went from managing 20 residents to managing 90. Staff kept quitting, and COVID-19 made it worse. He was working 70 hours a week and was on call 24/7.

“I’d maybe get four or five hours of sleep at the most, but sometimes I would just wake up in a sweat thinking that I missed a phone call or something,” he said.

After less than a year on the job, Hoyme had a real wake up call: a heart attack. He had to get two stents and go through cardiac rehabilitation. His doctor suggested he find a less stressful job.

Hoyme is now a massage therapist again, this time in hospice care. He took a $15,000 pay cut. But he can go out to dinner with his family without interruption, he can spend more time with his teenage daughters, and he still gets to work with older clients.

“I love being a massage therapist so I can be there for the patients, and it’s an awesome feeling,” Hoyme said.

He doesn’t regret following his passion and making a career change that didn’t work out. Sometimes we have to do the job we think we want to find what really serves us.