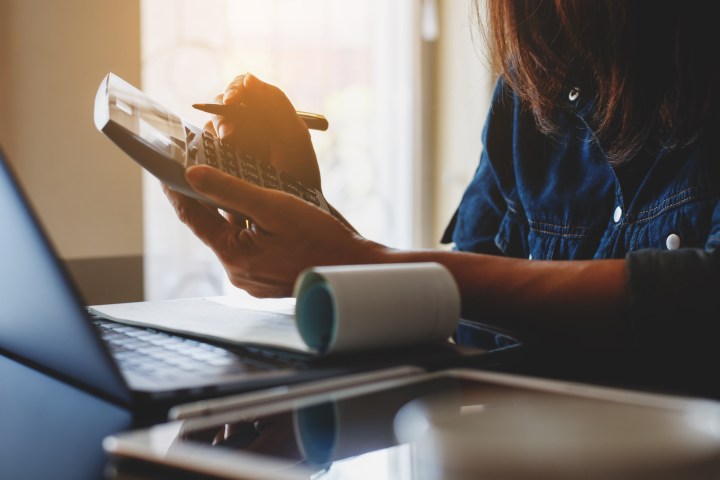 A third of people earning $250,000 or more live paycheck to paycheck

COPY
Even high earners or people considered to be financially healthy can struggle with bills, according to a new report. Getty Images

A third of people earning $250,000 or more live paycheck to paycheck

Even high earners or people considered to be financially healthy can struggle with bills, according to a new report. Getty Images
Listen Now

Nearly two thirds of Americans are living paycheck to paycheck, compared to about half who said that this time last year.

That’s according to a new survey out this week from e-commerce news site PYMNTS.com and the digital bank LendingClub.

About a third of those making $250,000 or more are living paycheck to paycheck.

Living paycheck to paycheck can mean one of two things, according to this report.

“The first one is people that manage to pay all their bills, but at the end of the month, they have nothing left. And then the other part is obviously those who are struggling to pay their bills,” said Anuj Nayar, at LendingClub, adding that most high income people who live paycheck to paycheck have enough to cover their expenses – but not much else.

“One of the advantages that high-income Americans have is they do have more flexibility. But they’ve also taken on a lot more debt,” said Nayar, whether that’s a mortgage, car loans, student debt, or credit card debt.

“A lot of people assume that folks who make more money are more likely to be financially healthy. But our research finds that that’s not necessarily the case,” said Meghan Greene with the nonprofit Financial Health Network. “When we talk about financial health, we’re talking about individuals who are able to meet their day-to-day expenses, they’re able to save and plan for the future. And they’re able to pursue longer term opportunities.”

Inflation, she said, is making all of that harder for people across the income spectrum.