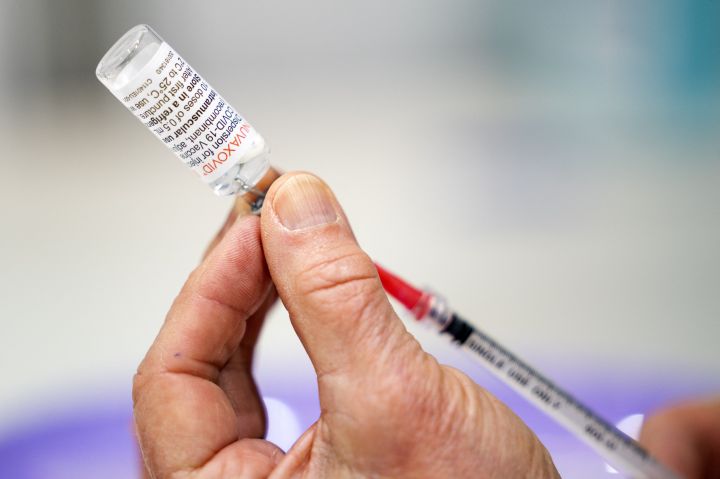 COPY
WHO will be urging world leaders to fund its vaccination efforts at the Second Global COVID-19 Summit on Thursday. Jeroen Jumelet/ANP/AFP via Getty Images

WHO will be urging world leaders to fund its vaccination efforts at the Second Global COVID-19 Summit on Thursday. Jeroen Jumelet/ANP/AFP via Getty Images
Listen Now

The United States is co-hosting the Second Global COVID-19 Summit on Thursday. One of the main focuses is getting governments to commit more money to getting vaccines, tests and treatments to people in low-income countries.

The World Health Organization has a goal of vaccinating 70% of the world by mid-year. But so far, there’s not nearly enough funding to do that.

This time last year, vaccines were rolling out and there was not enough supply to meet global demand. Today, it’s different.

“Our supply has finally caught up to where we are,” said Krishna Udayakumar, founder of the Duke Global Health Innovation Center. “So the challenges we were dealing with six months ago, ramping up supply, has evolved to a current challenge, which is all about distribution, delivery and demand generation,” he said.

According to, Josh Michaud, associate director for global health policy at the Kaiser Family Foundation, only about 15% of people in developing countries have been vaccinated.

“Getting vaccines into arms has been really hard for the global community to do,” Michaud said. There are a lot of logistics that still need to be figured out. “Things like buy the freezers and train people to do the vaccinations and build the supply chains necessary to make this work.”

All of that is expensive. WHO is asking for nearly $6 billion in funding for vaccinations this year for the global effort.

So far governments around the world have only pledged about 1 billion of that. And there is even less funding for COVID testing and antiviral treatments.

“The authorization of the new antivirals is a game changer. But frankly, the game has only been changed in a handful of high-income countries, while the rest of the world lags behind,” said Zain Rizvi, research director at Public Citizen, a consumer advocacy organization.