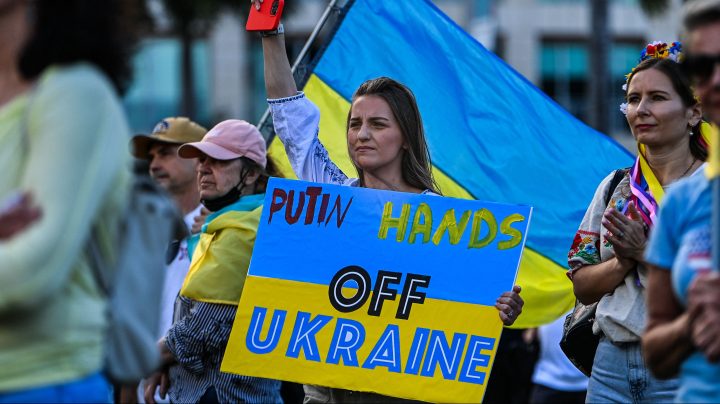 According to the Institute of International Education, more than 6,500 Ukrainian and Russian students attended college or grad school in the United States last school year. If being abroad during COVID-19 hasn’t been hard enough, now these students are dealing with war and changing economies at home.

For the past several months, Hanna Onyshchenko has needed some extra emotional support at school. She’s a Ph.D. student in economics at the University of Michigan, and her parents live in northern Ukraine, so she’s been seeing a therapist.

“I’m doing steps to normalize my mental health, but for example today I got some bad news and I’m back to the spiral,” Onyshchenko said.

Her grandfather just died of a stroke, and not only is it unsafe to go home, it’s practically impossible to get there. She’s been putting a lot of energy into helping other students on campus who need not just support socially, but also financially.

“So the biggest worry is for undergrad students because many of their parents have lost their income and they’re not able to cover next semester of tuition,” she said. Onyshchenko gets a Ph.D. stipend, but many students don’t get that type of financial support.

It’s just one of several reasons why Ukranian students might be struggling financially.

“They’re unable to get the physical movement of funds,” said Jason Czyz with the IIE, which provides emergency grants to students. “They’re no longer able to contact through internet or telephone because that infrastructure might have been destroyed or the people on the other end simply don’t have access to the devices that they need to,” Czyz said.

And it’s not just about today, but about tomorrow. As students approach the end of the school year, those who can’t or don’t feel safe returning home will have to find housing and a way to pay for it.

Terry Hartle of the American Council on Education thinks universities are prepared.

“We’ve actually just been through something that has very well prepared us for this, which was the sudden closure of campuses in COVID, with a million international students in the United States,” he said.

And even the Ukrainians who are graduating will be able to stay. The Department of Homeland Security is giving Ukrainians temporary protected status for 18 months.