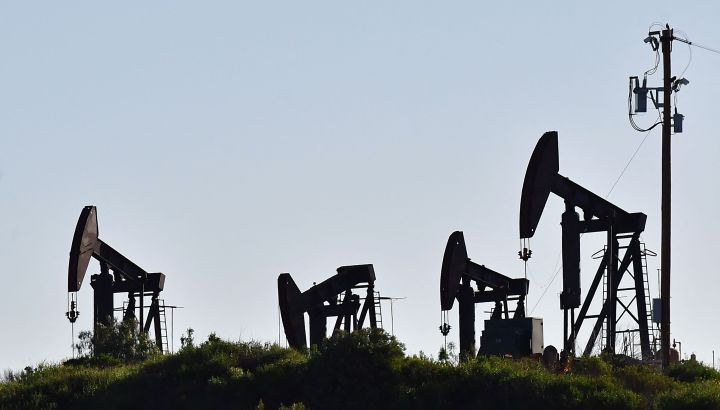 COPY
Though oil prices have reached the highest levels in eight years, OPEC+ is choosing not to ramp up production. Frederic J. Brown/AFP via Getty Images

Though oil prices have reached the highest levels in eight years, OPEC+ is choosing not to ramp up production. Frederic J. Brown/AFP via Getty Images
Listen Now

Russia’s invasion of Ukraine is doing a number on oil markets. The price of oil is way up. Brent crude, the benchmark for much of the world’s oil trade, rose above $113 a barrel Wednesday — the highest level in eight years.

Yet at its monthly meeting Wednesday, OPEC+ — an alliance of oil exporters that includes Russia — resisted pressure to ramp up production to help bring prices down. Instead, the group said it would stick to the plan it laid out a couple of years ago to increase output by 400,000 barrels a day in April, which really isn’t that much.

European countries import about 2.5 million barrels of Russian oil a day, which is about half of what Russia exports, she said. China takes a lot too.

“The big issue that we’re seeing now is that some buyers, especially in Europe, do not want to buy Russian crude oil because they’re afraid, what if sanctions come? Or just as a moral support,” Jaffe said.

So far, the U.S. and the European Union have not put sanctions on Russian oil and natural gas. After all, Russia supplies large parts of those global markets.

But all the other sanctions on Russia are starting to have an impact on oil, according to Ben Cahill, a senior fellow at the Center for Strategic and International Studies.

So a lot of those companies are basically self-sanctioning. And because of that, “if you add it all up,” Cahill said, “we’re probably looking at around 2 million barrels a day in supply shortages right now.”

Those shortages are likely to get worse.

Every time there’s a crisis, Bordoff said, people and governments look for a quick fix.

“And the truth is the options are very limited. The most important thing we can do is not lose sight of the things we should be doing today that won’t have immediate impact but will make us more resilient to the inevitable future oil price spike that is coming.”

Namely, he said, reducing our dependence on oil.