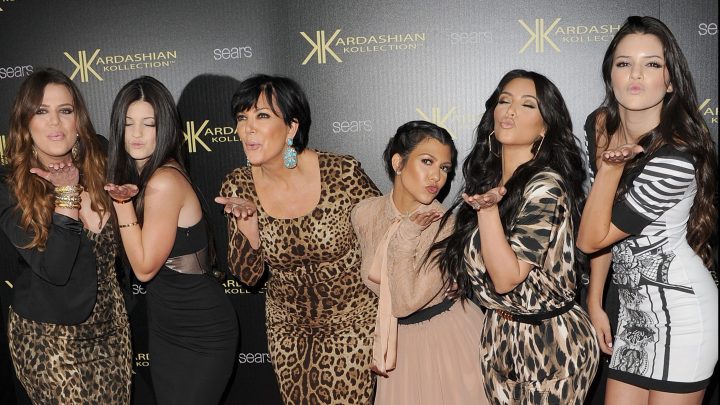 Hulu announced a premiere date Monday for a new series starring Kris, Kourtney, Kim, Khloé, Kendall and Kylie as they navigate “love & life in the spotlight.” Whether their new series will be as “rivetingly honest” as the series description promises remains to be seen, but in a new book called “True Story: What Reality TV Says About Us,” sociologist Danielle Lindemann makes the case for taking reality TV shows like “The Kardashians” seriously.

“If you actually start to kind of dissect these shows, you start to see that they show us who we are, just an amplified form,” Lindemann told Marketplace’s Reema Khrais. “They’re kind of a funhouse mirror of our culture.”

Click the audio player above to hear their conversation. The following is an excerpt from the book.

In column A, write down as many current U.S. Supreme Court justices as you can name, just off the top of your head. In column B, do the same but with Kardashians.

I recently assigned this exercise in my Introduction to Sociology class. Among the nearly two hundred undergraduates, only three could name all nine justices, and only one student had a longer column A. I don’t point this out to throw my students under the bus. In fact, I have difficulty remembering all of the justices. And, to be fair, there are more Kardashians than justices (particularly if you include the Jenners) and the family keeps replicating. Still, when more students at an elite university can name Kim Kardashian’s children than can name Sonia Sotomayor, it’s time to start taking reality TV seriously.

The Real World, arguably the first reality TV show, debuted on MTV more than a quarter century ago. Since then, the genre has exploded, with twenty-three million people watching Darva Conger and Rick Rockwell get hitched on Who Wants to Marry a Multi-Millionaire?1 and upward of fifty-one million tuning in for Survivor’s season one finale in 2000.2 In 2010, American Idol was drawing more than twenty-five million viewers per episode, a number “equal to the entire populations of Missouri, Maryland, Wisconsin, Minnesota, and Colorado combined, and more than the entire population of Australia.”3 Of the top four hundred shows to air on US television in 2017, 188 of them were reality TV.4

You may call it a “guilty pleasure” or, if you’re feeling less charitable, “trash” or “train-wreck TV,” or perhaps, like Ted Koppel, you may wonder aloud if the genre marks “the end of civilization.”5 The truth is that vastly more of us are watching reality TV than not,6 and those who avert their eyes are still haunted by its apparitions. One study found that college students who claimed not to watch reality TV, or who said they watched very little, still knew specific details about these shows.7 Anecdotally, my own encounters with strangers, colleagues, and friends support these findings. A new acquaintance, for instance, declared that he doesn’t watch reality TV — moments later clarifying that he had “only” seen The Anna Nicole Show, Logo’s Fire Island, “and all of RuPaul’s Drag Race, obviously.” I have this kind of conversation a lot.

But even for those who really don’t watch, knowledge of these programs has become part of the cultural ether. It reaches us in unavoidable fragments: product lines, Instagram posts, advertisements, snippets of conversation, referents in scripted media, and intersections with news and politics. It infuses our own personal realities, leaving even highbrow consumers and skeptics with the hazy mental images of a New Jersey housewife flipping a table and a man extending an index finger to punctuate the words “You’re fired!”

Why Should We Care About Reality TV?

An often ridiculed form of entertainment, seemingly marginal to the serious business of life, reality TV is in fact a pop-cultural touchstone that illuminates our everyday experiences and can help us to make sense of complex social forces. The genre is a fun-house mirror, to be sure, but one that powerfully reflects the contours of our social world. It takes the elements that are central to our culture— our collective preferences, our norms and taboos, and the jagged edges of our social inequalities — and beams them out to us in frenetic detail.

The idea that pop culture can teach us about ourselves is nothing new. Media researchers have long suggested that television reflects our values as a culture.8 More than any other medium, they have argued, TV is our collective storyteller.9 While other forms of media are also shaped by public tastes, mainstream television programs must appeal to vast swaths of society or risk cancellation. Their content is indicative of our broadest social patterns and values.10

And reality TV is particularly primed to reveal these patterns.11 Because it is not overtly scripted, much of its drama, intrigue, and conflict relies on casting people who are dissimilar to one another, exposing the categories of difference that are patchworked into our society. This was apparent from the first season of the show The Real World, which grappled with broad issues of inequality by race, class, gender, and sexuality. The genre also rivets us with cultural contradictions: Amish folks ambling through Times Square, Snoop Dogg and Martha Stewart cooking dinner together, rich ladies attacking each other with their Gucci bags. These unusual combinations often magnify real-life disparities and tensions.

The genre confronts us with the same social dynamics that exist, in muted form, in our own lives. Social critic Judith Butler has argued that drag queens, by presenting gender in an exaggerated way, expose our taken-for-granted gender norms.12 In the same way, by showing us extreme versions of everyday situations, reality TV magnifies the contours of our cultural landscape. The Real Housewives of Atlanta and Here Comes Honey Boo Boo, for instance, are not just entertaining to watch; through their exaggerated caricatures, they reveal the social fictions of race and class that we falsely assume to be natural and fixed.

It may seem counterintuitive that a genre focused on zany personalities and extreme cases has so much to teach us about our own ordinary lives. Yet scholars have long argued that we can learn about core features of society by looking at the extremes.13 The same behaviors that make reality TV participants cultural sideshows are also diffuse within our culture. These people are larger-than-life embodiments, for instance, of our own materialism, our obsessions with our bodies, and the steps we take to mold our children in our own images. The people on reality shows are people who are willing to eat bugs and take pregnancy tests on TV, but they’re parodies of ourselves. They dwell in the blurry space between the mundane and the disreputable, and they show us how we all do the same.

In showcasing all of these interesting people, the reality genre turns over stones that scripted programming leaves undisturbed. From debutantes to doomsday preppers, and from homemakers to hoarders, these programs cast a searchlight on the center as well as the nooks and crannies of society. Its perimeter is not all-encompassing, but even its absences help us understand which types of people we grant legitimacy as a culture.