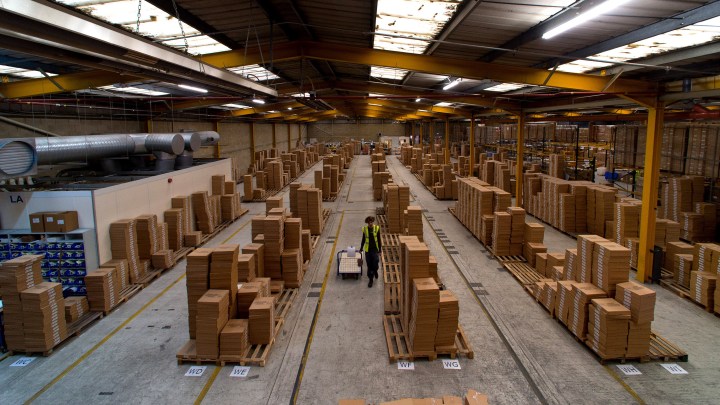 COPY
The manufacturing sector will have some catching up to do. Ben Prunchie/Getty Images
COVID-19

The manufacturing sector will have some catching up to do. Ben Prunchie/Getty Images
Listen Now

The omicron variant has reared its head in many an industry. On Monday, we got confirmation that manufacturing is among those affected.

An index from the research company IHS Markit found that, thanks to omicron and the effect it’s having on the labor force, growth in manufacturing output hit a 19-month low in January.

According to IHS Markit, manufacturing output had been growing strongly throughout almost all of last year. “But that’s just ground to a halt now,” said Chris Williamson, chief business economist with the company.

Williamson said that’s because a lot of workers have had to call out sick this month. “Staff absenteeism seems to have spiked higher, with workers being laid low by COVID-19 or having to self-isolate,” he said.

As a result, manufacturers have had to slow down, said Tim Fiore with the Institute for Supply Management.

“You know, you plan on building 100 parts tomorrow, and you only have enough people that show up to build 90. And you promised those 100 parts for your customer,” Fiore said.

This isn’t just an issue on the factory floor; workers are calling out throughout the manufacturing supply chain.

“Whether it be a warehouse worker or whether it’s a driver driving a truck,” Fiore said. “You had 15% calling out before, you now have 25%. In the end, you just don’t have the labor to move stuff efficiently from point A to point B.”

“Inventories are really quite depleted,” Bostjancic said. “So that itself will still keep a really strong pipeline for U.S. manufacturers.”

That means factories aren’t only going to need the omicron wave to settle down — they’ll also need to hire more workers, said Chad Moutray, chief economist with the National Association of Manufacturers. “Manufacturers are still struggling to be able to find the talent they need, to be able to meet the demand that the public has, in terms of production,” Moutray said.

The manufacturing sector is still over 200,000 workers shy of where it was before the pandemic, he added. So catching up may not happen until next year.