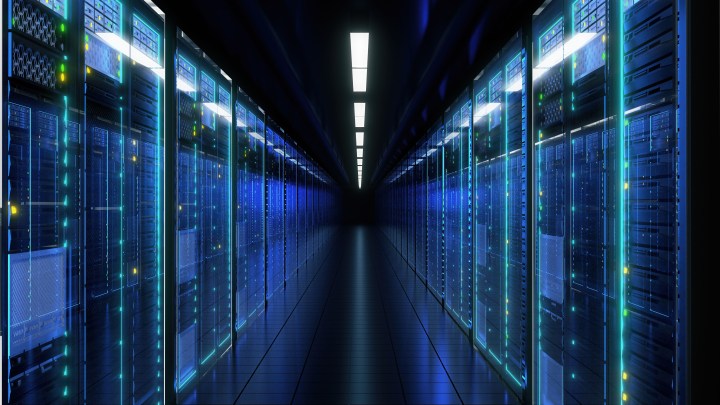 COPY
"The claim is that Web3 is different, that's because it's built on blockchain and other kinds of cryptographic foundations that, in fact, will be open and decentralized," Wharton professor Kevin Werbach says. sefa ozel/Getty Images

"The claim is that Web3 is different, that's because it's built on blockchain and other kinds of cryptographic foundations that, in fact, will be open and decentralized," Wharton professor Kevin Werbach says. sefa ozel/Getty Images
Listen Now

In the beginning, there was Web1. That’s when the internet was young, decentralized and populated with open platforms. Then came Web2, the current internet era, with more user-generated content — and big platforms dominating them. But what do we know about Web3, the next generation of the internet?

“The claim is that Web3 is different,” said Kevin Werbach, a professor of legal studies and business ethics at the University of Pennsylvania’s Wharton School. “That’s because it’s built on blockchain and other kinds of cryptographic foundations that, in fact, will be open and decentralized. Time will tell.”

Web3 is a hot topic in the tech, cryptocurrency and venture capital worlds, and it’s being helped along by the growing popularity of NFTs, or nonfungible tokens. Werbach sat down with Marketplace host Kai Ryssdal to demystify Web3 and explain its promise and pitfalls.

Kevin Werbach: Well, what’s interesting, actually, are the similarities, right? Web1 was about decentralization and open platforms. That was the web, that was what it was all about. Web2 came along, and it was also in some ways about decentralization and open platforms — things like blogging and interactive content generation, where anyone could be a publisher online. But both of them wound up being dominated by big platforms and big intermediaries. So the claim is that Web3 is different, that’s because it’s built on blockchain and other kinds of cryptographic foundations that, in fact, will be open and decentralized. Time will tell.

Kai Ryssdal: What’s it gonna look like? How’s it going to manifest, if it’s going to be different than whatever it is we’re using today?

Werbach: A lot of it, you won’t even see, because this is about infrastructure. This is about the underlying technology that facilitates all the services you interact with. What might be different is that Web3 is, in large part, built around cryptocurrencies, these digital assets that you use to pay for things or to get access to things.

Ryssdal: How savvy do I have to be a participant in Web3, not even right now, but like in a year?

Werbach: I don’t know about a year. But if Web3 really succeeds — and we really don’t know yet, whether it will. It’s succeeded as a meme, no question; we’re talking about it and thinking it’s important. No question. But really, there are very few serious, significant use cases of Web3 that are different than what we’ve seen before. If we get to that point, anyone will have to be able to use it. It simply will not be something for mass adoption if you have to figure out all the complexities of wallets and which blockchain you’re going to use, and if you’re going to have to worry about the risk that your NFTs are going to get stolen and all things like that.

Ryssdal: One of the hallmarks of the internet, as most of us know it and use it today, is the question of regulation, right? And how you keep an eye on and corral, I suppose, some of these big internet companies that have taken charge of Web2, as we’ve talked about. Who’s going to be in charge of Web3? Because we’re kind of failing at regulating Web2. And it seems to me, the bigger this gets and the more financially oriented it gets, you know, there be dragons.

Werbach: Oh, absolutely. Regulation is important. And much of the discourse about regulation with regard to blockchain and cryptocurrencies and Web3 positions regulation as the enemy, that either we’re going to have innovation or we’re going to have regulation, and the reality is that is not at all necessarily the case. Do we design the regulations for this new Web3 world by appreciating the lessons from the last wave? What did we get right? And we actually got a tremendous amount right about regulating the internet. But what do we get wrong? And we can clearly see with the dominance of these big digital platforms that there were things we did get wrong.

Ryssdal: One of the hallmarks of, you know, those big digital platforms and most of the internet structure as we know it today, is that it’s mostly white, mostly men and mostly privileged people in the society who control it, and I guess if we’re going to have a system that’s going to function for all of society, we’ve got to get all of society on board, right?

Werbach: Oh, no question. There’s a great potential for blockchain and in general, in Web3, to be more inclusive, because anyone around the world can get access. It doesn’t rely on some of the traditional systems and the traditional relationships that are discriminatory often in the real world. But that’s not guaranteed. And frankly, what we’ve seen so far is that cryptocurrency holdings are actually much more concentrated. They’re much more dominated by big powerful actors than traditional forms of money. And we’re seeing big intermediaries actually forming in the crypto world. So again, regulation can come into play here. It can be something that pushes in favor of true decentralization and true openness and true inclusion.