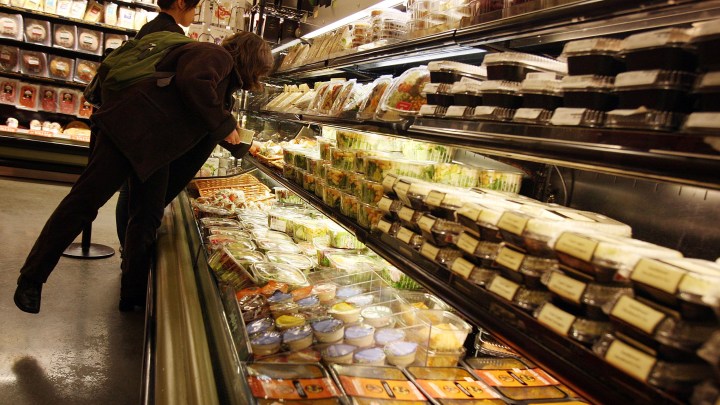 COPY
Though there are hints that inflation may be near its peak, economists debate how long factors that influence it — like the labor shortage — could persist. Spencer Platt/Getty Images

Though there are hints that inflation may be near its peak, economists debate how long factors that influence it — like the labor shortage — could persist. Spencer Platt/Getty Images
Listen Now

On Wednesday, the consumer price index clocked year-over-year inflation in at 7% — the fastest pace since 1982.

Are we finally at the inflationary peak?

There are reasons to think monthly inflation may have already maxed out.

“We are seeing some deceleration,” said Alan Detmeister, a senior economist with UBS.

Deceleration, as in prices are still rising, just not as fast as they were. Flight and lodging prices might come down, briefly, because of omicron dragging down demand. Car prices, economists say, are set to come off their highs as production starts to come back. Other goods seem to be cooling off, too.

But, Detmeister said core inflation — basically everything else — is not slowing down yet.

There will probably be another few months of eye-popping 7% annual inflation before it does come down, according to Larry Summers, former U.S Treasury secretary and current Harvard economist.

“I don’t see anything that changes the basic fact that we have an increasingly entrenched inflation problem,” he said.

Basically, all the transitory drivers of inflation may be falling away, leaving us with bigger problems.

But economists disagree on how persistent all these drivers will be.

“The optimistic view is that omicron will tear through the population very quickly, it will be mild, and we will come out in a better place as far as the pandemic goes by March,” said Joe Gagnon, a fellow at the Peterson Institute for International Economics. “And people might actually be more willing to go back into the labor force,”

And that might keep labor costs under control. Of course, it also will trim wage growth.