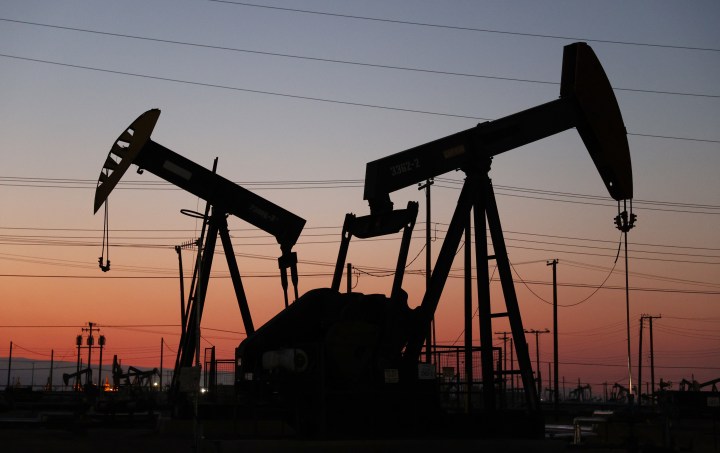 Methane is the second-largest contributor to climate change behind carbon dioxide, and last month the Environmental Protection Agency announced new regulations aimed at reducing methane emissions from oil and gas operators in the U.S. For the first time, regulators will require companies to aggressively detect and repair leaks that allow methane to escape — efforts that, until now, have been difficult to measure the efficacy of.

A new study from Harrisburg University, which has not yet been peer-reviewed, suggests that leak detection and repair (LDAR) programs are highly effective at reducing methane emissions.

Marketplace’s Andy Uhler spoke with Arvind Ravikumar, a professor at the University of Texas at Austin and one of the researchers behind the study, about its findings. The following is an edited transcript of their conversation.

Arvind Ravikumar: We found that the leak detection and repair programs that are being used everywhere in the world are highly effective. And so what we find is that even though voluntary programs can reduce emissions, leak detection and repair programs and regulations can significantly reduce more emissions compared to any voluntary mitigation efforts. And I think that’s really important to know, because this is the first time we are able to show that these regulations are actually reducing methane emissions.

Andy Uhler: How much momentum do we have for these sorts of regulations? Is there momentum for this sort of thing — I don’t know if it’s a federal sort of regulation or what happens there.

Ravikumar: It is a federal regulation. The EPA has proposed draft regulations to address methane emissions from all oil and gas operations in the United States. One of the biggest challenges in methane, and we’re seeing it everywhere, is that methane emissions at oil and gas facilities are dominated by what we call “super emitters.” So the key to finding these super emitters is you need to find them fast and fix them quickly. And over the past five years, we have seen significant developments in the use of new technologies such as drones, airplanes, satellites, and continuous monitoring systems to be able to detect these two parameters quickly and fix them. And I think that’s very exciting because if you look at the universe of all these new technologies, many of them are startup companies in the United States. So this is not just methane mitigation — it’s also a lot of local, high paying jobs in these communities that have these oil and gas operations going on. So there’s a lot of good in trying to address methane emissions.

Uhler: Is the conclusion of this paper that we need to expand this LDAR program?

Ravikumar: The lesson from this paper is that these LDAR programs are effective, and we should expand them and use the right technologies to be able to cost-effectively address methane emissions. But it’s not just that. For example, we find that not all sites are created equal. We find that there are some sites and some kinds of equipment like tanks that store liquids and oil are more prone to have methane emissions than other equipment or other sites — so focusing on those most prone to emissions can also quickly reduce and address this problem.