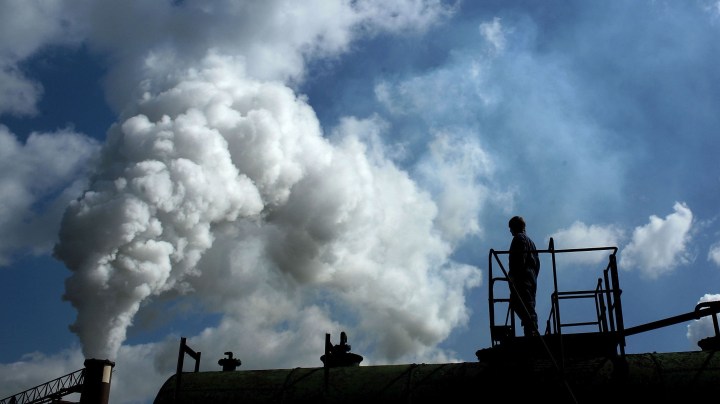 COPY
The EPA is hosting a workshop on methane-detection technology after experts said emissions have been underestimated. Christopher Furlong via Getty Images
A Warmer World

The EPA is hosting a workshop on methane-detection technology after experts said emissions have been underestimated. Christopher Furlong via Getty Images
Listen Now

Reducing the amount of methane the oil-and-gas industry pumps into the atmosphere is a key goal of many environmental scientists. But to reduce it, we need to measure it — and that’s not easy.

The Environmental Protection Agency’s method of calculating methane pollution has been widely criticized for underestimating emissions of the potent greenhouse gas. As the agency prepares to release new methane rules next month, it’s holding a virtual public workshop Monday and Tuesday on technologies that could provide more accurate detection.

There are two ways to measure how much methane the oil-and-gas industry emits. The first is what researchers call “bottom up”: Multiply the number of potentially leaky valves, storage tanks and so on by an estimate of how much each part leaks. That’s how the EPA does it.

Then there’s the “top down” method.

That method suggests the industry is emitting almost twice as much methane as the EPA states. Arvind Ravikumar at the University of Texas at Austin wrote a paper with Rutherford in an attempt to explain the disparity.

“There are two things that need to be updated,” he said.

First, the EPA has been using equipment counts based on industry self-reporting and some studies from the 1990s, before fracking was used in extraction. Then “there’s a very small number of sites that contribute disproportionately to total methane emissions,” Ravikumar said.

But the EPA simply uses an average, so it undercounts the impact of those methane superspreaders. Ideally, the EPA would use both bottom-up and top-down methods, said Columbia University’s Robert Kleinberg. And there’s room for the private sector to help.

“It’s a very healthy ecosystem now of technology providers. And so there’s no reason why we can’t do a good job of finding and fixing our methane problem,” Kleinberg said.

Helping the EPA measure the problem will ultimately help the oil-and-gas industry reduce it, he added.