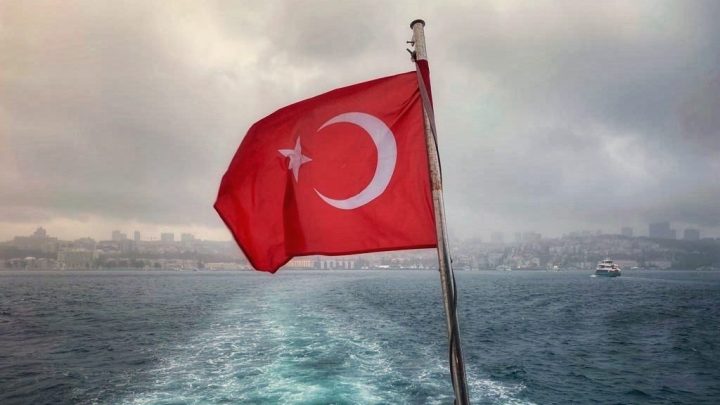 COPY
Turkey's economic woes are driving many young people to look abroad for opportunity, which could lead to a damaging brain drain. BBC/Stephen Ryan

Turkey's economic woes are driving many young people to look abroad for opportunity, which could lead to a damaging brain drain. BBC/Stephen Ryan
Listen Now

Inflation in the United States is at its highest level in nearly four decades. And people across America might be noticing those higher prices as they finish shopping for holiday-dinner staples.

In Turkey, though, price increases are becoming so severe, many people can’t afford to buy those kinds of staples.

Red meat has become a luxury for many. A pack of eggs recently jumped 60% in a single week at one grocery store in Istanbul. Family budgets are so tight, some people have cut off their children’s allowances, while others are facing tough decisions about how to provide for their families.

This is what a country in the midst of a currency and inflation crisis looks like.

Official data shows prices have surged more than 21% in the last year, while the nation’s lira currency has lost almost half its value since January. To put that in perspective: It now takes about 13 liras to buy one U.S. dollar. That devaluation means simple errands like grocery-store shopping have become a lot more expensive.

For many, budgeting and saving is now impossible.

Montoya is a college student in her 20s. She didn’t want to give her last name, as many in Turkey are reluctant to do for fear of drawing government attention.

She is trying to make ends meet by working part time at a local bar. Montoya said her employer can’t afford to raise her wages. So last month, she resorted to renting out her spare bedroom to tourists.

“I’m really worried about it. Because I’m really scared when someone comes to me and I don’t know him or her. And it’s staying at home with someone I don’t know. It’s really scary, actually, but I don’t have anything [else] to do,” she explained.

Montoya needs the money not just to make sure she can put a roof over her head but to buy basic necessities. On the day we met, she told me it now takes twice as much money to fill a basket at the supermarket.

That’s a common refrain from families and grocery-store workers we spoke to across Istanbul. And it’s led economists to believe that inflation is much higher than the official rate of 21.3%.

“There are groups of academicians who have come up with a technical measure of inflation. Their measurement is even close to 60%. This creates a huge burden on the society at large,” said Durmuş Yılmaz, who served as a Turkish central bank governor between 2006 and 2011. He’s now a member of the opposition party.

Normally, central banks would raise interest rates to combat this kind of inflation. But the Turkish central bank has instead cut rates four times in the past four months. It’s all because President Recep Tayyip Erdoğan, who has a heavy influence on the central bank, believes — unconventionally — that low rates will spur job creation and dampen price rises.

On Sunday, two days after the latest interest rate reduction, he told Turkish state TV that his Muslim faith, which forbids charging or receiving interest on loans, has guided his views on monetary policy. He said those complaining about his policy shouldn’t expect any other stance from him, and he vowed to continue doing what is required by Islamic teachings.

Economists, though, say that policy will only deepen Turkey’s economic problems.

“In order to have high economic growth, he has to bring about first conditions which is necessary for high growth rate,” Yılmaz said. “That is the price stability and the financial stability and the fair distribution of resources, and without doing this, I think the president is living in a different cosmos. Without achieving this necessary conditions, having a high rate of growth is not possible.”

Erdoğan’s finance ministry did not answer requests to talk about his economic strategy. As the government pursues its unorthodox policy, the everyday struggle continues for many. That’s especially true for young people in Turkey, where the median age is just under 33.

Many, like Montoya, feel the only way to have a prosperous future is to leave the country. “When I graduate, I’m planning to go abroad. Maybe Spain to work permanently. Maybe temporary. I don’t know. We will see,” she said.

She’s studying gastronomy — focusing on the relationship between food and society — but aside from leaving Turkey, she’s not sure what she wants to do when she graduates. Her story is like those of students across the country who feel left behind and increasingly disadvantaged by their government’s economic policies.

Another family told us their son, who just recently graduated from high school and is preparing for college, wants to leave Turkey for Germany. He’s pursuing a degree in engineering and his family said he doesn’t see a viable future in his home country.

Economists say that brain drain will only further damage the troubled Turkish economy, and rather than pushing them out, the government should back policies to encourage the nation’s young people to stay. This is the biggest threat to the Turkish economy, said Erinc Yeldan, a professor of economics at Istanbul’s Kadir Has University.

“The most able, the most endowed, the most intelligent young people are, one by one, seeing that in this turbulence, their future careers will be lost, and they are disrupted. And young people simply try to find any means possible to continue their education and their professional life afterward, outside Turkey,” he said. “And I think this is the worst scenario, with its most brilliant minds being lost outside Turkey — not only with loss of potential future brains, but also with a feeling of loneliness, of social exclusion.”

To restore confidence, a number of changes need to be made, Yeldan said, including restoring central bank independence and credibility to pursue monetary policy — like higher interest rates — to bring down inflation and stabilize the country’s currency.

On Tuesday, the government outlined new measures to try to restore Turks’ confidence in the lira. To encourage people to hold lira — rather than U.S. dollars — in local accounts, banks will pay the difference after 3-, 6-, 9- or 12-month maturity options between the interest rate on the account and how much the holder would have made if they’d held a foreign currency.

That move resulted in a nearly 50% rise in the lira on Tuesday from Monday’s record low. But economists say it likely won’t solve the nation’s longer-term economic problems. The only way to do that, they say, is by raising interest rates.

Inflation chips away at SNAP boost