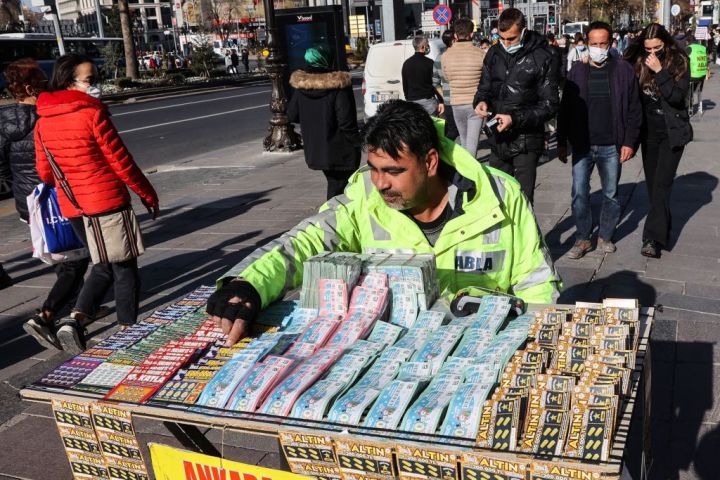 COPY
A vendor sorts his lottery tickets displayed on a stall on a street in Ankara on December 12, 2021. ADEM ALTAN/AFP via Getty Images

A vendor sorts his lottery tickets displayed on a stall on a street in Ankara on December 12, 2021. ADEM ALTAN/AFP via Getty Images
Listen Now

Turkey’s inflation rate is over 20%, and the country’s central bank will likely cut interest rates again later this week, raising the inflation temperature. Turkey’s currency, the lira, has fallen to a new all-time low against the dollar on expectations of the rate cut.

The BBC’s Victoria Craig is in Istanbul, where she and producer Stephen Ryan have been talking to people about how the currency crisis and acute inflation are affecting their everyday lives. Craig spoke with “Marketplace Morning Report’s” Sabri Ben-Achour this morning. Below is an edited transcript of their conversation.

Sabri Ben-Achour: What are you hearing about the impact this is having on people’s day to day life?

Victoria Craig: Well, it’s making things incredibly difficult for a lot of people. Just imagine if the dollar bills in your wallet were worth almost half as much now, as they were at the start of the year, it just it hurts your ability to buy pretty much anything and the rapid price depreciation makes it difficult to plan to budget, even function day to day. We talked to lots of people here in Istanbul – one of them, the owner of a clothing shop, who says he’s constantly checking the lira’s exchange rate:

Ben-Achour: How does that kind of uncertainty affect his ability to plan, have an outlook for the future?

Craig: Significantly – he said he is not certain how long he’s even going to be able to keep operating his shop, you know, he’s trying to stay optimistic, like a lot of people here. But he says that business is down about 15% to 20%. And in the 20 minutes or so that we were there four or five customers came in to browse, but no one bought anything. And you know, it’s one of these things that even today with the lira’s decline, it’s something literally everyone is talking about.

Ben-Achour: Checking the exchange rate every few hours, it’s not really normal. Is this becoming the norm, though, for people in Turkey?

Craig: Yeah, absolutely. And we’ve got a big central bank decision later this week on Thursday. And the expectation is for them to cut rates. Again, it would be the fourth time in as many months that they’ll drop the interest rate. I mean, it’s not going to combat right rising inflation, it’s hovering up near 21%. And it’s something that the average person is definitely watching. Not only do they follow the currency, they follow the dollar. They follow the euro, as we heard from our shop owner there, and they also follow the Federal Reserve’s rate decisions, because they understand that if the Federal Reserve begins on its own monetary policy tightening spree that that’s going to have an effect on the U.S. dollar, and then in turn, that’s going to affect what happens to the lira and their own purchasing power here.

Ben-Achour: What Turkey’s central bank is doing is the exact opposite of what just about any other central bank would do in this situation … normally, when you have high inflation, you raise interest rates, and Turkey’s Bank is doing the opposite, right?

Craig: Yes, exactly. So President Erdogan here believes that interest rates, he’s called them the mother and father of all evil, he doesn’t believe that they can be used to combat rising inflation. In fact, he believes the opposite … that they cause inflation, as you rightly point out, that’s in contrast to what conventional monetary policy dictates. And so that’s what we’re seeing playing out here in Turkey.

Ben-Achour: That interest rate decision from the Turkish central bank will come on Thursday. 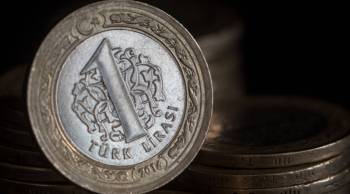