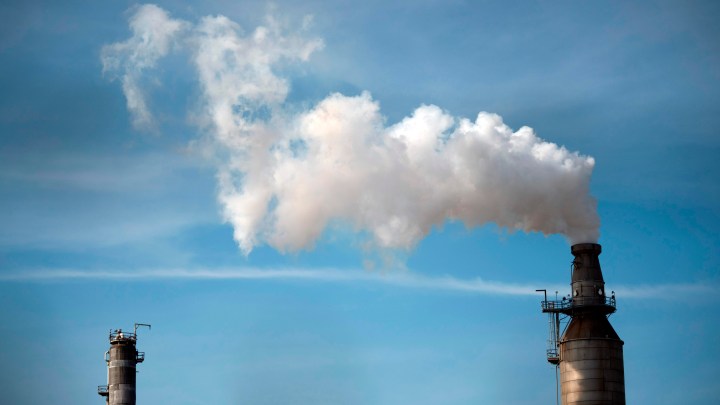 COPY
Despite wanting and needing to reduce oil consumption, many countries are still largely fossil-fuel dependent. Above: An oil refinery operates in Houston, Texas. Mark Felix/AFP via Getty Images

Despite wanting and needing to reduce oil consumption, many countries are still largely fossil-fuel dependent. Above: An oil refinery operates in Houston, Texas. Mark Felix/AFP via Getty Images
Listen Now

The emergence of the coronavirus omicron variant will slow oil use and allow supply to catch up to demand, the International Energy Agency said Tuesday in its monthly oil report.

Seems like good news — for consumers, at least. Oil markets won’t be as tight as they have been, which could mean cheaper gasoline and lower electricity bills.

But boosting the petroleum supply runs a bit counter to that clean energy transition everyone’s talking about. President Joe Biden’s been talking about ways to get gas prices down for a while now, even releasing some oil from the strategic petroleum reserve last month.

At the same time, he’s been promoting his clean energy agenda and saying we need to stop using so much oil and gas. Michael Lynch at the Energy Policy Research Foundation in Washington said that messaging is confusing.

“If you look up cognitive dissonance in the dictionary, you’ll see a picture of Joe Biden at COP26 in Glasgow saying, ‘Oh, by the way, OPEC, we want more oil to bring prices down,’ while pledging to reduce fossil fuel consumption in the long run,” he said.

This is the short-term versus long-term conundrum: We are still dependent on fossil fuels around the world, yet countries are pledging to phase them out. We have to recognize both realities, said Melissa Lott, director of research at Columbia University’s Center on Global Energy Policy.

Yet another conundrum: cheap and reliable energy versus the immediate need to curb emissions. Caught in the middle of this are consumers — and American energy companies.

“Do we keep producing while trying to decarbonize the barrels?” he said. “Or, like some of the European companies, do we think about starting to invest in sort of nonfossil fuel businesses like, you know, renewable electricity, green hydrogen or biofuels?”

There’s currently a disconnect, Johnston said, between what the CEOs of those big oil companies think Washington is telling them and the message the White House thinks it’s delivering.

Oil companies may be able to solve supply, but what about demand?