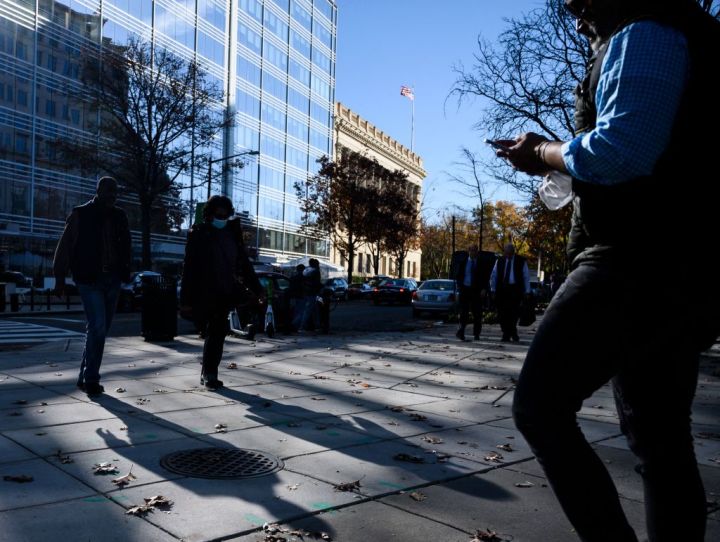 COPY
A recent Brooking reports shows how the U.S. and Europe are handling inflation and job recovery during the pandemic. ANDREW CABALLERO-REYNOLDS/AFP via Getty Images

A recent Brooking reports shows how the U.S. and Europe are handling inflation and job recovery during the pandemic. ANDREW CABALLERO-REYNOLDS/AFP via Getty Images
Listen Now

As Fed policymakers meet this week to try to chart a course through the murky waters of employment and inflation and omicron, it’s worth zooming out for the 60,000-foot view of the global economic recovery so far.

Both the U.S. and Europe have recovered strongly from the initial shock of the pandemic. But according to a recent Brookings report, they’re charting divergent courses on restoring employment and containing inflation.

When businesses shut down early in the pandemic, millions of workers in the U.S. were laid off, and then had to find new jobs once the recovery started.

But in Europe, many workers kept their jobs — and their paychecks, says Gia Maria Milesi-Ferretti of the Brookings Institution.

In the U.S., the government sent of billions of dollars directly to consumers in unemployment and stimulus checks. Which fueled a spending boom – one factor clogging supply chains and driving prices higher.

Jacob Kirkegaard at the Peterson Institute for International Economics said, in Europe, “Inflation is rising, but at levels half-or-thereabouts what we have seen in the United States. And there is no serious wage inflation in Europe.”

That’s partly because fewer Europeans have dropped out of the workforce. In the U.S., millions of workers who lost or left jobs still haven’t returned.