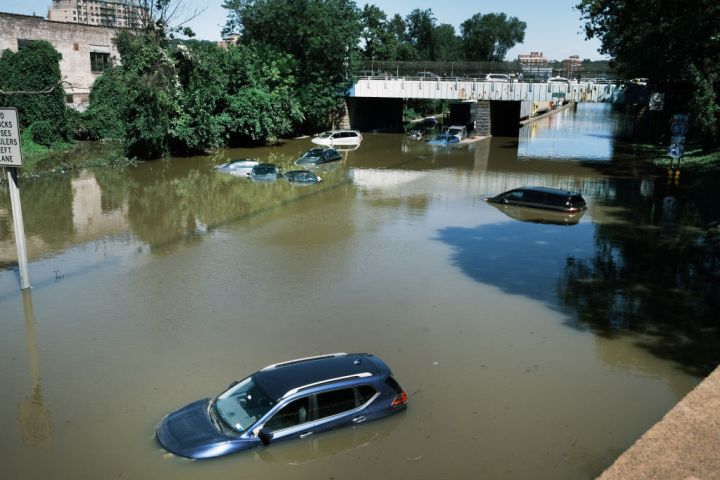 It was the second year in a row that the number of named Atlantic storms exhausted the list of storm names, and the fourth most expensive hurricane season on record.

As far as hurricanes go, 2021 will be most remembered for Ida, the storm that intensified quickly in the Gulf of Mexico and came ashore in Louisiana as a Category 4 — and not just because of the damage it did there, said Benjamin Strauss at the nonprofit Climate Central.

“Ida also delivered all of this rainfall all the way up in Pennsylvania, through New Jersey and New York, that did so much damage,” Strauss said.

The National Oceanic and Atmospheric Administration (NOAA) estimates that Ida did about $65 billion dollars in damage, making it the most expensive storm of the season.

Another hurricane and two tropical storms each caused over a billion dollars in damage. So did 14 other weather-related disasters.

As climate change makes extreme weather more common, said Tricia Wachtendorf at the Disaster Research Center at the University of Delaware, during hurricane season “you’re also looking at fire season, you’re looking at a landslide, you look at increased susceptibility to rain.”

According to a study Climate Central did this fall, Strauss said, the recovery time between disasters is shrinking.

Dealing with all of those different weather events — on top of a pandemic — is stressing emergency management organizations and budgets. Those dollar figures from NOAA are only part of the picture.

“Generally, NOAA’s numbers are really focused on what you can say are the measured cost of the immediate payouts: the insurance, the federal programs,” said Craig Fugate, a former Federal Emergency Management Agency administrator. “But it doesn’t always capture the longer-term impacts and some of the costs that are not always evident in the beginning but may be borne later on.”

Often borne by lower-income people who are displaced, homeowners who don’t have flood insurance and communities that often see an increased demand for social services.