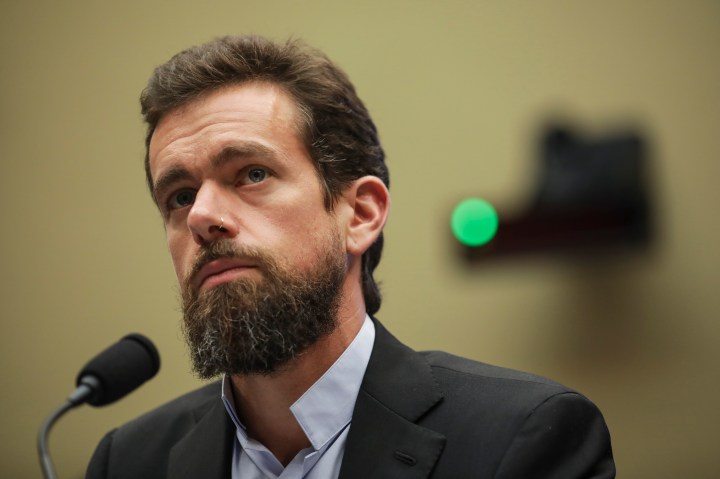 Twitter co-founder Jack Dorsey is stepping down as CEO for the second time in the company's history. Drew Angerer/Getty Images

Twitter co-founder Jack Dorsey is stepping down as CEO for the second time in the company's history. Drew Angerer/Getty Images

Jack Dorsey, the co-founder of Twitter, has stepped down from his role as CEO and handed the reins to the company’s chief technology officer, Parag Agrawal. Dorsey will remain on the company’s board of directors until next May.

“There aren’t many founders that choose their company over their own ego,” Dorsey said in a letter sent to staff and posted to Twitter, adding that his decision to step down was “the right move.”

Dorsey was Twitter’s first CEO in 2007 before getting fired by its board the very next year. He took over again in 2015.

The decision comes at a tense time for Big Tech. Twitter, Facebook, Google and others have testified before Congress over their role in the Capitol riot and pushed back against concerns that they cannot adequately moderate content shared on their platforms.

Some lawmakers, arguing that major tech firms have too much power, are pushing for antitrust reform that would limit mergers and prevent companies from promoting their own services ahead of their competitors.

The decision comes at a tense time for Big Tech. Twitter, Facebook and Google were among those to testify before Congress over their role in the Capitol riot and have pushed back against concerns that they cannot adequately moderate content shared on their platforms. Dorsey will no longer have to fight these fights.

The difference between founders and CEOs

Although there’s some overlap, the skill set required to found a company is different to that required to lead a company, according to Christine Porath, a business professor at Georgetown University and author of the book “Mastering Civility: A Manifesto for the Workplace.” Porath thinks there are some who have been able to handle both.

Founders are “visionaries of the mission and the strategy,” Porath said. “They really are the architects of the culture. They also need to be excellent at communicating, selling their vision to attract funding and the top people that will bring their dream to reality. CEOs do some of this, but as things scale, they spend a lot more time managing.”

Mark Clark, an associate professor of management at American University and co-author of the book “Six Paths to Leadership,” said founders may not have the capacity to take an organization in every direction it needs to go.

“The best founders kind of know when to step aside and say, ‘No, let me bring in somebody with a different skill set,’” Clark said. “Some people are just good at selling an idea and getting people to invest. And that’s a totally different thing from how you have to build that into an organization.”

Clark said a new chief executive can come in without feeling shackled by the reputation the founder built for himself or herself, and simply say: “Well, look, here’s what exists, here are all the potential markets out there, let me adapt this organization toward that.”

Sarah Kunst, general partner at the venture firm Cleo Capital, told Marketplace’s Kimberly Adams that she wonders how influential Twitter will be without @jack. Dorsey is touted as a visionary founder, Kunst pointed out, “like a Steve Jobs,” the late founder of Apple.

“Visionary founders sometimes don’t always take the most feedback,” Kunst said. “And so, will there finally be an edit button for our tweets?”

You can tune in to hear and read Kunst’s interview with Adams on Tuesday’s “Marketplace Tech.”