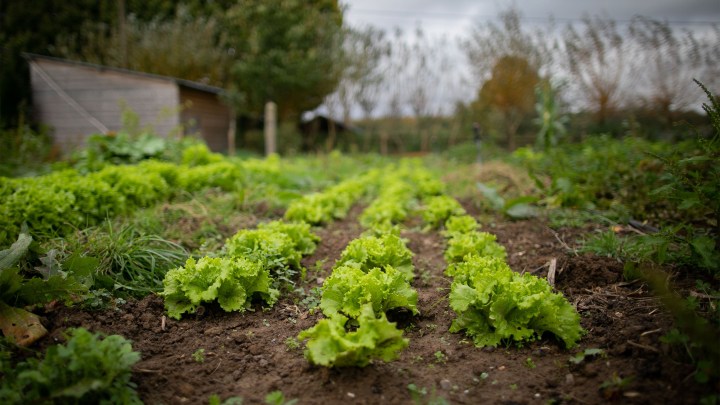 Ashanti Williams and Arian Rivera are farmers with the Black Yard Farm Collective working to educate communities of color around sustainable farming practices and land ownership.

Black farmers make up around 1% of all farmers in the U.S. For Williams and Rivera, encouraging Black people and people of color to become involved in farming was inspired by their own journeys getting into the business. Their goal is to reclaim Black farmers’ legacy of building self-sustaining communities through producing food.

“Marketplace” host Kai Ryssdal spoke with Williams and Rivera about culture shock, the rigors of working the land and re-imaging what farming can look like. The following is an edited transcript of their conversation.

Kai Ryssdal: Ashanti, describe for me the farmland that you work.

Ashanti Williams: The farmland that I work right now is, I guess we have like a mountainous region. We’re about three hours out of [New York City]. It’s pretty heavy clay soil, and it’s a pretty rich pastureland.

Ryssdal: And Arian, when I say “work the land,” I don’t know that I’m using the same definition as you, who actually works the land, would use. So what does it mean to you when you’re out there working on a farm?

Arian Rivera: I think, ultimately, we’re stewards of this very productive, abundant Earth. Seeds grow when you put them in the ground. But a lot of what we’re doing is trying to use sustainable and regenerative practices to create more resilient ecosystems: good soil, clean water, clean air and healthy food.

Ryssdal: Something like 1% of all the farmers in America, Ashanti, are Black. And I wonder how that affects what you’re trying to do with Black Yard Farm Collective.

Williams: Well, that was a significant part of my journey, making the transition into rural farming. Most of the spaces that I’ve farmed in have been predominantly white, so it was a lot of a culture shock. And it was really hard for me personally to try to learn about agriculture on that scale and these spaces. So part of the work that we’re trying to do here is to create those rural spaces — but that are inclusive — of that very small 1% and beyond of Black people and people of color who are trying to get into farming.

Ryssdal: Tell me about getting people of color interested in farming, Ashanti, because, you know, you’re one of a very small number. And I guess, do people look at you and go, “It’s too hard for me”?

Williams: I think it’s actually the opposite. Like, a lot of people from the community that I come from, when they see what I’m doing, they’re like, “Oh, well, if you’re doing it, I can do it, too.” And I feel like it’s more of an inspirational thing.

Ryssdal: That’s cool. Arian, who are your customers?

Rivera: Right now, it is still developing, but we’ve been working with some restaurants down in the city. We have connections in Harlem and the Bronx, people from the communities that we come from who want to buy our animals and our vegetables. And then we’re starting to make inroads up here in the capital region. So, we’re looking to do markets in Albany and Schenectady in 2022.

Rivera: We’re doing pretty well. I mean, there’s a ton of interest in what we’re doing. And everything that we’ve grown and raised, we’ve been able to sell so far. So, I think our biggest limitation is that there’s just the two of us and this is our first year here on the land, but people have been really receptive to what we’re doing.

Ryssdal: I imagine the first year is going to be the toughest year. I don’t know what you guys are gonna be doing in five years, but I’m sure you’re gonna look back at this and say this was a rough year — right, Ashanti?

Williams: I think so. But I think it’s worth it. I think it helps build resilience. And we are very much interested in being resilient, so.

Ryssdal: Yeah, well, so look, let’s talk about five years from now. Right? And Arian, what do you want this collective to be? What do you want it to stand for?

Rivera: I like us to grow and to have welcomed additional members to our group. I think I want it to stand for visibility for Black folks growing food for their communities. Black farmers have existed in this country from before this country was a country. And so we’re trying to reclaim that legacy and just provide a visible model for other folks who are interested looking to potentially do something like what we’re doing or just get exposure to how they can also grow their food and be a part of the food system.

Williams: We do, yup.

Ryssdal: Do you ever just want to get away from it for a little while? I imagine it’s all-consuming.

Rivera: Definitely. Because we have animals, it does become a full-time, year-round job that there aren’t breaks from. But we have been lucky. We’ve been able to get a farm sitter, and we’re looking to find some more people who will be able to watch over things if we go away for a weekend.

Williams: And I think that’s, like, the long-term, overall plan. Like, it’d be ideal to have more people and be able to have a community doing the same work and being able to trade off.

Ryssdal: Right, right. Because it’s tough. It’s gotta be, it’s gotta, it’s all the time, I mean, farming’s tough to begin with. And when you’re just starting out, it’s got to be brutal.

Rivera: It’s very challenging. I think something though, Kai, is re-imagining what farming can look like. It doesn’t have to be one-person or nuclear-family farming in isolation and dealing with all these struggles. Like, farming has always been a community endeavor. And so being able to surround yourself with other people makes a more resilient food system, more resilient farmers. So, as we see the job landscape change, I’m hoping more people just end up hanging out on and around farms. 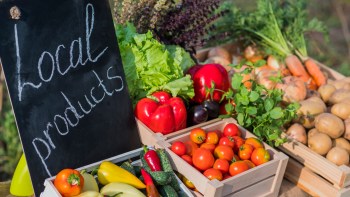