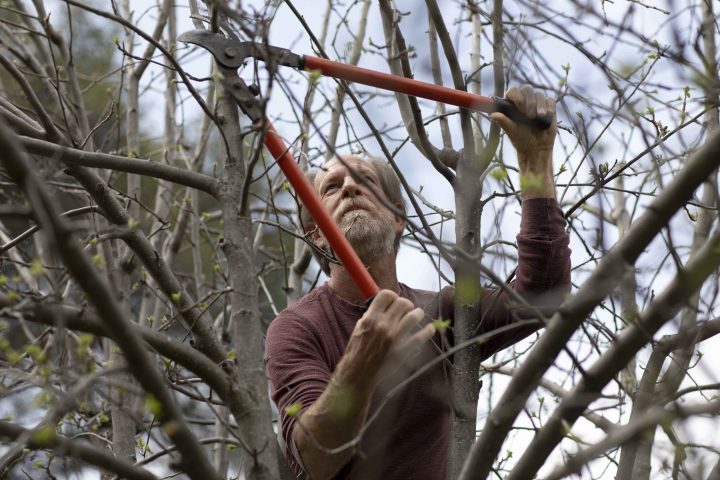 Alan Haight and his wife Jo McProud, both now 62, got into farming as a second career in their early forties.

Together, they established Riverhill Farm, a profitable business in the Sierra Nevada foothills of Northern California, selling organic vegetables and fruit.

Haight and McProud are part of a generational wave of U.S. farmers facing difficult choices about whether to pass the business on to family, sell the land or find an alternative path to support themselves in retirement.

There is no “cookie-cutter formula” for farmers navigating this chapter, said Rod Carter, an expert in land succession planning who has advised California farmers for decades.

“The only thing I can tell you [is that] out of 300-plus families I’ve worked with here in California on this particular topic, none of them are the same,” Carter said.

In order to retire in their 60s, the couple needed to find a way to leave the fields but still draw income from the successful business they had built. Haight and McProud both agreed they needed to find someone who would appreciate their “legacy” of sustainable farming and carry it forward into its next incarnation.

That person turned out to be Antonio Garza, who previously worked as farm manager at a non-profit organization in the Sacramento suburbs.

For now, Garza’s got a two-year lease at Riverhill Farm, which includes use of the land and all the equipment. He keeps the profits from selling his crops and he and his partner live at the farm.

In return, Garza pays Haight and McProud rent each month. The lease at Riverhill Farm offered long-term security at an affordable price, Garza said. He, Haight and McProud agreed the terms with guidance from CA FarmLink, a non-profit organization providing farm loans and connecting land owners with farmers in search of land. (Haight is president of the board.)

Meanwhile, Haight and McProud retain ownership of the land and they remain in their house overlooking fields, orchard and forest. They and Garza plan for this to grow into a longer-term arrangement. One benefit of this arrangement is that Haight and McProud can take time off. They didn’t take vacations while they were farming. Now, they are planning summer trips.

The newly retired couple say it brings them deep contentment to see Garza continue the sustainable farming practices they established at Riverhill.

“It’s our baby and our passion and our life. And if we were here watching it wither and die, it would be really heartbreaking. It would be terrible,” McProud said.

This story is part of a reporting series called The California Dream.