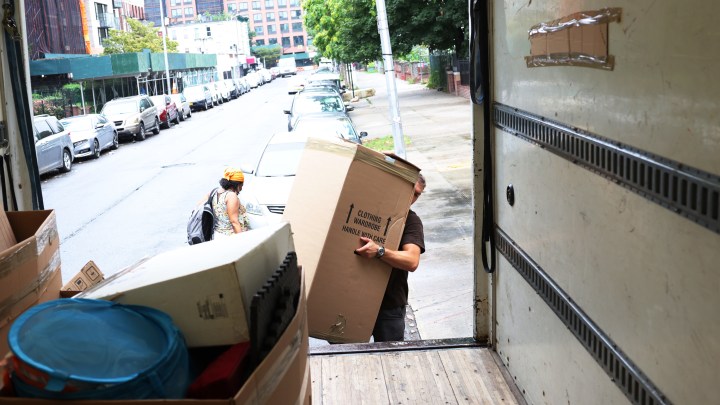 Over the past year and a half, Marketplace has talked about how people have relocated during the pandemic — say from big cities to little mountain towns, or upgrading from a small house to a more “work-from-home-friendly” house.

New Census data actually show that relocations were down this past year. In 2021, Americans actually moved at the lowest documented rate in over 70 years.

Now, a lot of Americans did move around during this past year and a half. But whether or not someone picks up and moves has a lot to do with access to resources.

That pandemic narrative of urban residents escaping and then driving up home prices in rural Vermont or Central Idaho? It’s not like that’s false.

“It’s possible to hold two truths in our minds at the same time,” said Rachel Franklin, a professor of geographical analysis at Newcastle University in the United Kingdom. “People did flee cities, but it was temporary or reflects maybe a more sort of dynamic lifestyle where people move back and forth.”

What Franklin is talking about here is not migration but mobility. People may not be picking up and moving permanently; some are buying vacation homes or working remotely from the beach for a couple of months.

“And it’s also in sort of a socio-economic niche,” she said. “This is not the way most people have experienced the pandemic for sure.”

It’s not how Roberto Echanique, who lives near Washington D.C., has experienced it.

“Must be nice to have that flexibility,” he said.

Echanique and his partner have thought about moving. “You know, greener pastures, a little more space, a little less crowded,” he said. “For what we make, there’s no way we could afford anything at all, within, you know, one or 200 miles of here.”

If you think about the kinds of big life events that often prompt moves — say, going away to college, getting married, starting a new in-person job — a lot of those things have been on hold for the past two years.

“A lot of them were not happening anymore,” said John Logan, a sociology professor at Brown University.

Americans, in general, are moving less than they were say fifty years ago, Logan said. Still in the past decade, a third of Americans, at the least, moved neighborhoods.

“That’s characteristic of the United States. So we’re not a pioneer society with a frontier anymore,” Logan said.

But compared to other countries, Logan said we’re still a pretty mobile society.