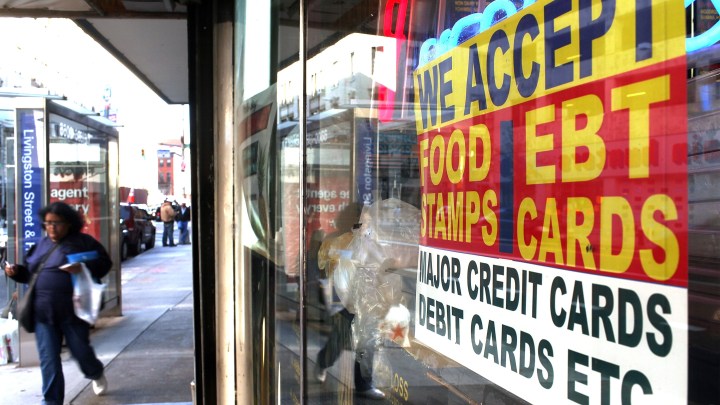 Most of the 40 million-plus Americans who receive SNAP benefits are seeing an increase in their food assistance this month.

While most of those people live in cities, new research from the U.S. Department of Agriculture suggests that SNAP spending has a greater impact on rural America.

The recent boost to SNAP increased the average recipient’s benefit by 27% over pre-pandemic levels – the largest increase since the program was created. When low-income people receive SNAP benefits, it can change the way they spend their money.

“Definitely having some more money for housing. Child care is a huge issue,” said Cami Wells with Nebraska’s SNAP-Ed program. She works in the center of the state, helping people sign up for assistance.

“You know, I can think of an example of a family that we’re working with … having that SNAP enabled them just to really improve their rural diet for themselves and their kids, and did free up money for other things,” Wells said.

Things like a more reliable car, which she said really opened doors for this family, “because transportation is so huge. We don’t have public transportation.”

In rural Nebraska, SNAP helps more than just the people who receive the benefits, Wells added. The program can help keep a small town’s grocery store afloat, and free up families’ budgets to spend more at other local businesses.

“In relative terms, SNAP has a bigger impact on the rural economy than the urban economy,” said economist Katherine Ralston at the USDA, who co-authored the new research on the impact of SNAP benefits in the six years following the Great Recession.

She said that’s because the food and agriculture sectors play a bigger role in rural economies.

“That’s where food comes from, rural areas, so when urban households use their SNAP benefits, it supports jobs and outputs in the farm and food processing sectors in the rural economy,” Ralston said.

Jonathan Hladik with the nonpartisan Center for Rural Affairs said he hoped this new research would help build greater support for social safety net programs, like SNAP, in rural parts of the country.

“You know, there is such a stigma associated with food spending still, even if it’s not on the part of lawmakers, it’s certainly on the part of voters. So when people realize the effect it makes on their community, I think it’s really valuable,” he said.