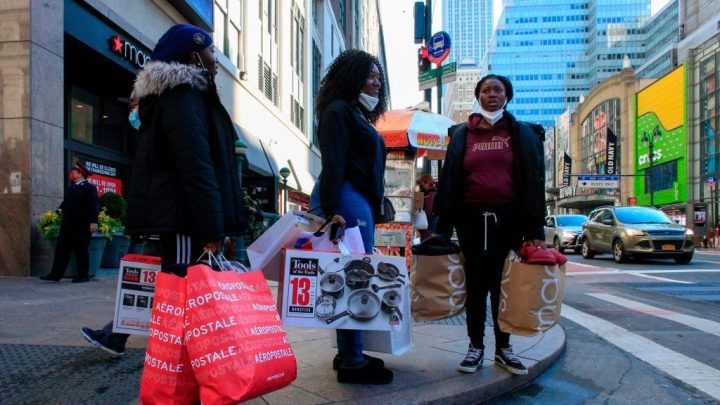 We are nine weeks out from Christmas, and in this supply chain disrupted economy, that may not be all that much time to get all of your holiday shopping done.

Retailers are worrying a lot about their supply chains, among other things, according to the annual survey on holiday retail sentiment from consulting firm Deloitte.

Consumers are worried about not finding the items they want, and paying more for what they do find.

Deloitte surveyed 30 retail executives who order goods for stores and online shopping sites. What’s keeping them up at night? For one thing, delivery delays.

“Forty-three percent of them knew it was coming and placed orders before March,” said Rod Sides at Deloitte, who added they’re also worried about staffing up for the rush.

“There are challenges I think in finding the temporary workers that we normally would hire through the holiday season. You know, the labor pool is pretty thin,” he said.

But that’s all from upper-income households. Folks earning less than $50,000 a year plan to cut their spending.

“We’re not seeing as much fear about losing jobs in the coming months, I think it’s more of the residual financial anxiety from the last year,” she said.

She said consumers at all income levels are getting more comfortable going out — to shop or eat or go the movies.