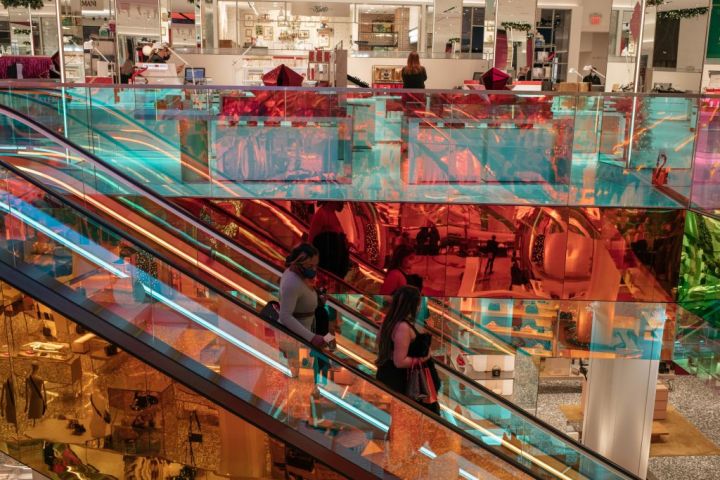 COPY
Holiday shoppers in New York City. Many lower-income households are skipping out on holiday spending altogether, according to a Deloitte survey. Scott Heins/Getty Images

Holiday shoppers in New York City. Many lower-income households are skipping out on holiday spending altogether, according to a Deloitte survey. Scott Heins/Getty Images
Listen Now

A recent Deloitte survey on the upcoming holiday shopping season finds that overall spending is expected to be up compared to last year. But that depends heavily on higher-income households. Many lower-income households are approaching the season differently.

Last year, about 5% of people said they didn’t plan to spend any money on holiday gifts or experiences, according to a Deloitte survey.

This year, that’s doubled — 11.5% of people said they are planning to sit out holiday spending altogether.

Rod Sides with Deloitte, said the majority of people responding that way make below $50,000.

And, Deloitte also found from its survey of retailers that deals and promotions may be harder to find this year.

Professor Priya Raghubir with NYU Stern School of Business said, “That will probably hit those who look for deals the most or who need deals the most. And it is likely to be those with a lower income.”

The percentage of people who say they don’t plan to spend money this season is at a 10-year high.