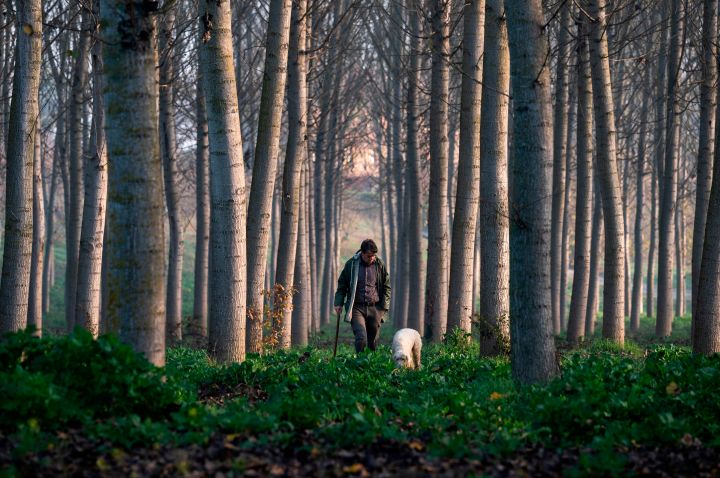 COPY
"Truffle hunters told me one of their chief challenges is trying to figure out what to charge," said Rowan Jacobsen, author of "Truffle Hound." Marco Bertorello/AFP/Getty Images
"The Truffle Hunters"

"Truffle hunters told me one of their chief challenges is trying to figure out what to charge," said Rowan Jacobsen, author of "Truffle Hound." Marco Bertorello/AFP/Getty Images
Listen Now

It’s truffle season, and prices for the highly sought-after white truffles soared this year to around $4,000 per pound — more than double prices in 2019.

The aromatic fungi are the topic of the documentary “The Truffle Hunters,” which follows the men and the dogs of Piedmont, Italy, who unearth the region’s famous truffles — and try not to get swindled as they sell them in shady, back-alley deals.

Rowan Jacobsen, author of the new book “Truffle Hound,” said that while many of the world’s white truffles now come from Eastern Europe, the film’s depiction of an opaque truffle market has truth to it.

“It’s definitely still an opaque market. I hung out with truffle hunters who told me one of their chief challenges is trying to figure out what to charge for their truffles,” Jacobsen said in an interview with Marketplace’s David Brancaccio.

“Like any other gray market, they do that by talking to each other and saying, ‘How much are you getting for your truffles?’ So the more extensive their network is, the better they are at figuring out what to charge these middlemen who try to beat them down on price all the time.”

Jacobsen told Brancaccio how the truffle market is changing — and why that truffle oil you see in grocery stores probably doesn’t have any real truffle in it. The following is an edited transcript of their conversation.

David Brancaccio: The documentary film shows old-school truffle foraging in Italy. What are you finding now — Eastern Europeans are really getting into this market?

Rowan Jacobsen: Yeah, the myth is that most of these white truffles are coming from Italy. And some of them are, but the majority are coming from Eastern Europe at this point.

Jacobsen: One of the reasons for doing this book was to make sure I got some good shots at it. So yeah, I’ve had quite a few. And to me, it’s the most profound smell on the planet. The first thing people usually notice is garlic and gasoline — it’s this crazy mix of things that you wouldn’t think would smell good together. But truffles, over millions of years, have figured out that this is exactly what animals think smell good together.

Brancaccio: The film shows, a number of times, truffle deals happening seemingly on a darkened street corner, with sellers not quite sure about the price they should be asking. That might look to an economist like an opaque market. Is the situation actually getting clearer out there in the real world from your vantage point?

Jacobsen: I’m starting to see signs that it is. It’s definitely still an opaque market. I hung out with truffle hunters who told me one of their chief challenges is trying to figure out what to charge for their truffles. But, like any other gray market, they do that by talking to each other and saying, “How much are you getting for your truffles?” So the more extensive their network is, the better they are at figuring out what to charge these middlemen who try to beat them down on price all the time. But the other thing that’s happening is technology is entering this very old-school market. So now you’re seeing hunters with their own websites and smartphones finding a truffle, snapping a photo of a truffle and selling it directly to whoever wants to buy from them online.

Brancaccio: Because that’s been the “cure” for opaque markets here in this century —sharing information digitally. I know of cases of farmers in sub-Saharan Africa who were getting ripped off by middlemen, and texts to their smartphones about market prices helped cure that.

Brancaccio: Now the traditional way — you go out with a truffle-sniffing dog and hope you score. But what about truffle cultivation?

Jacobsen: So there’s two classic truffles in the world: the white truffle, which Italy is famous for, and the black truffle, which France is famous for. And no one has ever been able to figure out how to cultivate the white truffle, despite a lot of people trying — because there’s great money in it for anyone who figures it out. But the black truffle has been cultivated for decades, and now more than 95% of the production is from truffle farms, mostly in Spain.

Brancaccio: Mostly in Spain — but the Americans are trying it too, right?

Jacobsen: Yeah, there are hundreds of truffle farms in the U.S. now. None of them have broken through with great success yet, but it seems like they’re getting closer. It’s a different climate here, different soil, so growing the European truffles seems to take some tricks. But progress is being made, and you’re going to see a groundswell of interest in domestic truffles here in the U.S. over the next decade, I’d say.

Brancaccio: I learned that when you go buy cheap truffle oil, it might not have truffle in it.

Jacobsen: Right. Don’t expect to be getting a real truffle in your truffle oil or any of the other truffle products that are on the market, like the truffle salts and the jarred truffle products. Pretty much what you’re getting there is a synthetic chemical called 2,4-dithiapentane that is one of maybe 50 to 100 aromatic compounds that is found in a real truffle. It’s just made in a lab, and so, for a few pennies, you can make your product smell kind of like truffles in a way that people will recognize. But it really is a far cry from the complexity of the scent you get from a real fresh truffle.

Brancaccio: Now, the climate is changing. What are you seeing — how might that affect sources for these little nuggets of joy?

Jacobsen: You know, my contacts just this week were telling me that it’s the worst season for white truffles in Europe that they have ever seen. And that’s coming on the heels of one of the worst seasons for white truffles the year before. So the Mediterranean climate is getting drier, and that’s not good for truffles. They need a lot of rain during the summer for them to then fruit in the fall. So white truffles may be moving north a little bit out of the Mediterranean and into northern areas of Europe. 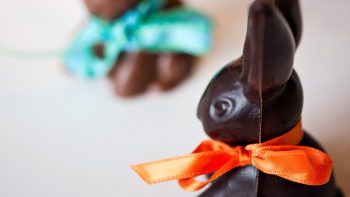 Doubling down on chocolate bunnies