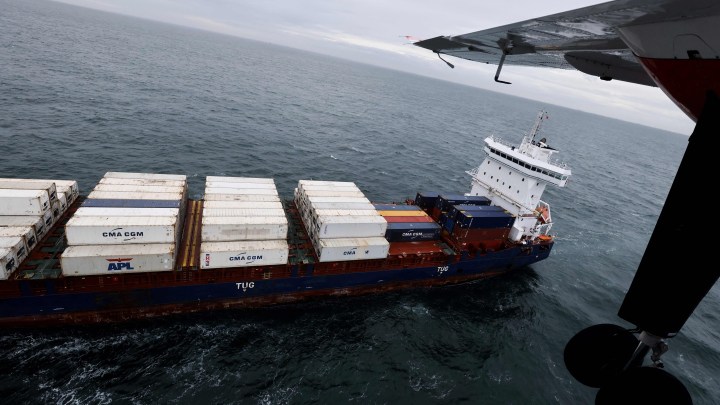 So, just how realistic is its new goal?

To meet the target, the shipping industry will need a new fuel. And no, going electric won’t work this time, said Jeffrey Rissman with Energy Innovation.

“That’s very straightforward for say cars, but for ships, they have to go such long distances and times across the ocean, where you would need to carry too many batteries, where they would get heavy and bulky,” he said.

Ammonia is one potential alternative fuel.

The International Chamber of Shipping that set these goals wants more research into zero-carbon fuels and proposes a carbon tax on shipping.

But the plan is still short on details, said Aoife O’Leary with the Environmental Defense Fund.

“I can have a target to lose weight, but unless I also do some exercise, I’m not going to get there, right?” O’Leary said. “So I’m more interested in what your steps are to actually get there.”

“It is possible. But you’d have to start now,” he said, as ships have a long lifespan.