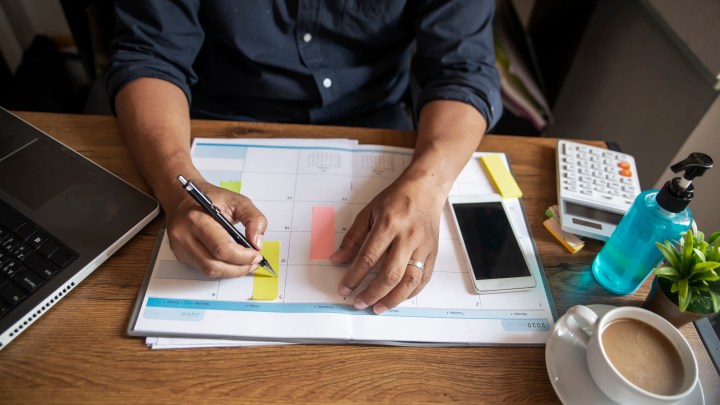 We seem to have hit a soft patch in this recovery. After rockin’ it for a few months starting in the spring, a bunch of indicators of economic activity seem to have gone on pause or even in reverse.

Those indicators are what we call high-frequency data — taking the pulse of what just happened in the economy — and they may also be giving us a sense of what impact the delta coronavirus variant might be having on the economy right now.

Let’s start by looking at the economic impact of delta’s rapid spread.

John Waldmann is the CEO of Homebase, which helps more than 100,000 small companies manage payroll and scheduling.

“Over the last couple of weeks, we have started to see an impact from the COVID delta variant: both a slowdown on the forward-looking work that’s going to happen — that’s the scheduling activity and the time sheets activity — which is a slowdown in people working today,” he said.

The slowdown extends to midsize and larger businesses too.

UKG, which is a Marketplace underwriter, tracks millions of hourly employees as they clock in and out every day.

“In the Southeast, in particular, we saw a much bigger drop in workforce activity than in other parts of the country,” Gilbertson said.

There is another reason fewer people have punched into work since mid-July, Gilbertson said.

“There was so much built-up vacation time throughout the pandemic — people are taking vacation,” he said, laughing. “And that’s good news.”

On the employment front, the job market has also shifted into a slightly lower gear, according to job site Indeed, another Marketplace underwriter.

“Sectors like tech and finance, engineering and research. To me that’s a sign that there’s still strong confidence in where the economy is headed longer-term,” Kolko said.

There’s also a boom in human resources jobs, Kolko said — the folks who recruit and hire other workers.

Correction (Aug. 19, 2021): A previous version of this story misspelled John Waldmann’s name and used incorrect UKG data on hours worked. The story has been corrected.