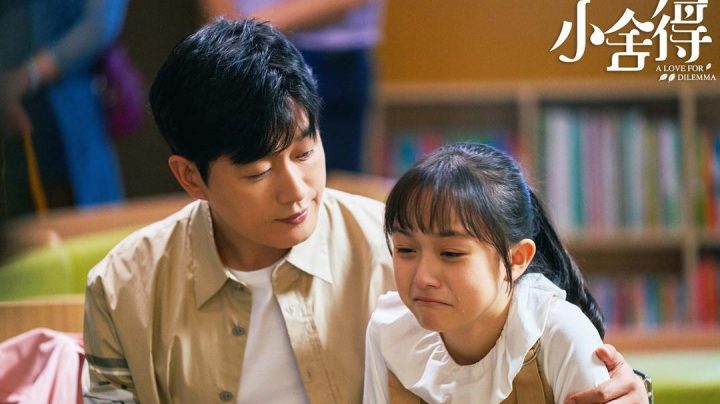 Regulatory changes to the tutoring industry in China had been rumored for months but no one expected the final policy to have such sweeping measures.

Among them, Chinese education firms are no longer allowed to publicly list, raise foreign capital or be profitable.

“That restricts the development [of tutoring schools],” math tutor Ding Weizhao in central China said. “I was worried I could lose my job.”

Ding works as a math tutor at a cram school, which is like a test prep center. His school is currently closed due to an outbreak of COVID-19 virus cases in his area, but once epidemic control measures are lifted, he expects his tutoring classes will resume mostly as normal.

“The policy is there to rectify the market, which was underregulated,” Ding said. “But to shut the tutoring industry entirely is not possible. There is a big demand for this market.”

Investors in the United States are less optimistic and feel there is too much uncertainty with Chinese policies. In recent months, China’s government has launched antitrust investigations into tech giants like Alibaba and Tencent, removed rideshare app Didi in app stores over a cybersecurity review and ordered food delivery apps to improve working conditions.

Since the tutoring policy announcement in late July, the U.S.-listed stock prices for three of the top Chinese education firms — TAL Education Group, New Oriental Education and Technology Group, and Gaotu Techedu — have dropped by 70% or more. They haven’t rebounded by much since.

Under the policy, called “Opinions on Further Reducing the Burden of Homework and Extracurricular Training for Students in Compulsory Education,” tutoring of core subjects, including Chinese, English and math, are not allowed on weekends or during the summer and winter months when school is out. It is a big blow to many existing business models.

“Weekends and school holidays are usually the time we tutor,” said Zhu Enci, principal of a tutoring center in the southern Chinese city of Shenzhen.

The $120 billion education industry in China has long been a source of anxiety for students and parents. Education stress and costs are cited as a deterrent for married couples to have more children.

Tutoring costs per hour in China’s megacities can span from $14 to hundreds of dollars. Even in a smaller city where math tutor Ding teaches, he said junior high students spend roughly 8,000 yuan ($1,200) a year on tutoring. He said some parents get caught in a trap of paying for ever-pricier courses.

“Some [tutoring school] ads claim they can improve your child’s exam scores by a certain number of points or guarantee admission to a good school,” Ding said.

Exaggerated advertising and fees are also dealt with under the new regulations.

“The policy is good for ordinary folks like us who don’t have that much money and time for tutoring classes,” parent Qing Beibei said.

If mothers like her are not burdened with education costs, the government hopes they will have a second or third child, which would boost the declining birth rate. However, Qing said having one is more than a handful.

Equalizing education opportunities from big Chinese cities to the poor countryside is another motivating factor behind the new policy.

“China hopes to reform its primary and secondary school system in a big way,” Xiong Peng, a stock trader said. “Although, what officials want to do and how they do it might be contradictory.”

For example, the policy puts limits on online tutoring and bans any online courses for children age 6 and under.

“Online education provides the most equal access to education opportunity for everyone. People in remote villages can learn from the best teachers, from the best schools online,” Xiong said. “The second reason for this policy is to strengthen the control and guidance of education for future generations.”

More than three-quarters of students from kindergarten to grade 12 attend extracurricular activities.

“Students now spend more and more time in extracurricular courses, but the government can’t control how these are taught,” Xiong said.

The policy now bans the teaching of foreign curriculums and hiring foreign teachers outside of China to teach online courses.

Beijing-based VIPKid, an online education platform that connects children in China with native English-speaking teachers in the U.S. and Canada, announced over the weekend that it will stop selling classes taught by tutors based outside of China.

Chinese media report a major English training center, called Wall Street English, will declare bankruptcy this week. Some of its training centers in Shanghai are closed. Even Pittsburgh-based Duolingo, a language-learning app, along with others based overseas, is no longer available in some app stores in China.

A similar crackdown took place in South Korea in the 1980s, but Xiong said the result was “not ideal.”

“The tutoring industry [in South Korea] grew back,” Xiong said.

There is similar skepticism among the public that China’s policy will not stop ambitious parents.

“I’ve heard some parents say if the government shuts down all tutoring schools, that they will ask the tutors to teach their children at home,” math tutor Ding said, adding that will drive up the market rate for tutoring.

In China, the demand for tutors and cram schools stems from a tight supply of high schools and colleges in China. The government maintains a ratio between those who enter high school versus ones who go into vocational training. In 2019, 60% of ninth graders went on to high school. Many parents complain the chances now feel more like 50-50.

“Everybody is competing for schooling. You have to be better than others to get in,” Ding said. As a father of one, he is uncertain what the new policy means for his first grader’s future.

“Every parent is anxious,” he said. “As long as there are entrance exams to high schools and college, this [tutoring industry] can’t be banned.”

China is a ways off from a total ban.

“Policy is one thing in China, but how it’s implemented is more important,” Xiong said.

It varies across China.

In the days after the policy announcement, local officials in eastern Anhui province were filmed going after a suspected illegal tutoring center. After officials reportedly knocked on the door and received no answer for 10 minutes, one man is seen in the video kicking down the door. He screamed in front of the class over a dozen children, while another man grabbed the tutor by the neck, almost as if it were a drug raid.

The center is accused of defying COVID-19 prevention measures and for not having a proper teaching license under the new policy.

But over in the southern Chinese city of Shenzhen, Zhu’s tutoring school has been operating as normal, and he says he will adjust if he needs to.

“If we aren’t allowed to tutor core subjects on weekends, then we’ll have to teach them from Mondays to Fridays,” he said. “On weekends we can teach subject-related classes like Rubik’s cube, which is related to math, or Chinese calligraphy and reading, which are related to learning Chinese.”

While mom-of-one Qing doesn’t like the idea of tutoring classes, she thinks her son might need them when he takes the big exams for high school and college.

“The competition is between families. If someone’s child went to a tutoring class and got a good exam score, other parents will follow. If their children have this, then so will mine,” she said. “You feel the pain when you compare with others.”

This attitude is also why China’s tutoring industry isn’t expected to go away anytime soon.