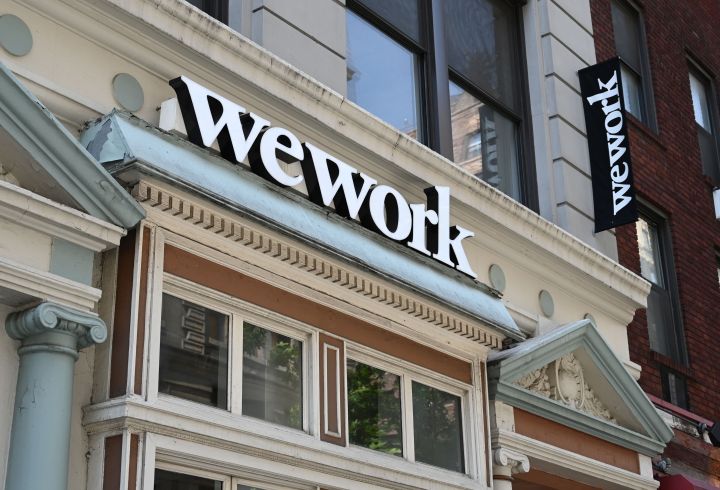 COPY
Cushman & Wakefield's $150 million partnership with WeWork is the latest in a series of deals between commercial real estate firms and shared workspace companies. Timothy A. Clary/AFP via Getty Images

Cushman & Wakefield's $150 million partnership with WeWork is the latest in a series of deals between commercial real estate firms and shared workspace companies. Timothy A. Clary/AFP via Getty Images
Listen Now

Commercial real estate company Cushman & Wakefield is betting that one solution to the problem of too much vacant office space is co-working. The brokerage announced Monday that it would form a partnership with WeWork and is planning to invest $150 million in the co-working company ahead of its second try at an initial public stock offering.

That’s a relatively small bet, but it follows similar deals in the co-working industry made by office-space giants like CBRE and Newmark.

What does this all mean for landlords, tenants and the endangered species formerly known as the office worker?

With the current surplus of space, just take a look at the deal you can get on a New York City sublease, said Alex Cohen, a commercial real estate broker.

One option for landlords trying to cope with the rough market: Lease to a co-working company. If they’re to be trusted, that is. “They have a reputation in light of the last three years of being a very risky proposition,” he said.

Some co-working companies have gone bankrupt or tried to get out of leases prematurely. Traditional real estate brokerages can lend credibility to co-working firms by shacking up.

“Instead of investing in long-term leases in satellite locations, they will have more flexibility in co-working spaces around that headquarters location,” Yost said.

A gym could be enticing. After all, it’s an excuse to keep wearing basketball shorts during the workday.