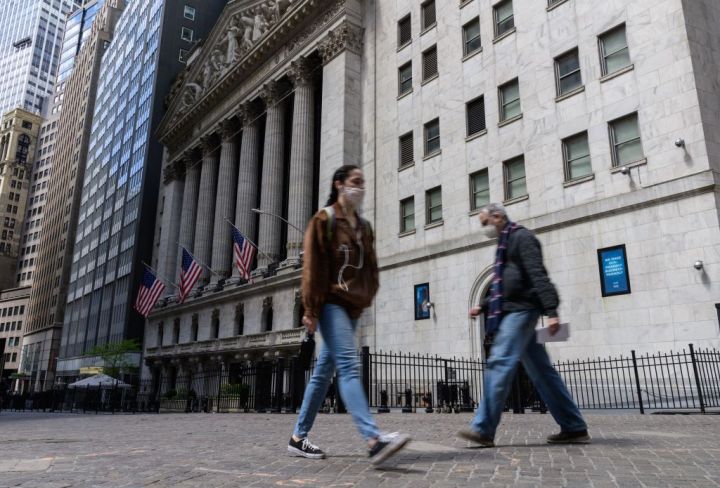 It’s not that forecasting the economy is ever easy, but the pandemic definitely made it a lot harder. For example, forecasters especially missed the mark for the April jobs report, with many surveys expecting hundreds of thousands more jobs created than were reported.

So what’s it like being a forecaster right now and dealing with an unprecedented economy? “Marketplace” host Kai Ryssdal spoke with Ellen Zentner, chief U.S. economist at Morgan Stanley, about how the pandemic has upended economic forecasting. The following is an edited transcript of their conversation.

Kai Ryssdal: [On a] scale of one to 10, how much harder is it now for you to forecast this economy than it was, like, a year and a half ago?

Ryssdal: Yes. Yes, you may.

Zentner: You know, we had such steady, steady growth in the last cycle that at one point, if we just turned in a forecast for 200,000 in monthly payroll gains, we would have been just about as accurate as any of the fancy statistical models would have been. In this cycle, we’ve pretty much had to scrap all models and just try to scrape together forecasts based on anecdotal evidence.

Zentner: It is a lot more complicated than “lick your finger and stick it in the air,” although sometimes I do make jokes at my own expense. But when models just don’t make sense, you have to really go back to the drawing board, almost get out your abacus to try to figure things out. And so one thing that really helped was media outlets. So last year, when the economy was shutting down, you know, we went state by state, scraped the media reports and started putting out estimates that way in order to try to get a handle of how many millions of people were losing their jobs.

Ryssdal: And I imagine you’re also using some of the things we talked about in a story we did on on high-frequency data, right? You’re using timecard data and all that kind of stuff.

Zentner: Yeah, you know, this is interesting. Whereas we were making baby steps toward adopting daily frequency data before [the pandemic], we sort of were hurtled into adopting it. So using OpenTable to see if people were making bookings to dine out more, how many Google searches for directions were happening. We’ve really had to adopt [that data] almost overnight. And I think it’s opened the door to a whole new, exciting element for economic forecasting, and importantly, I think something that’s going to continue to attract those youngsters that are just now entering the labor force, attract them to the field.

Ryssdal: You’ve been doing this for a while, and you have some experience, and you’ve got a track record. How valuable was it for you to be able to look at something that was completely off the mark in, you know, September or December of last year, or even like February of this year, and say, “You know what, that doesn’t look right. And we need to figure out another way to get this data or to figure out what it means”?

Zentner: Yeah, so I think there’s that reminder, right, that you can juniorize teams, but when disaster strikes, you need experienced economists on the team that have lived through it. Now, I’m not saying I’ve lived through a pandemic. I’m not that old. But I lived through the financial crisis as a practicing economist, and that was really the first time that models didn’t make sense in my practicing years. And having lived through that, then I was able to quickly recognize when the models just were not going to be helpful. And then of course, having hindsight, we’re able to recognize when you were wrong and dig into why you’re wrong, and then that’s how you build on that as a learning experience for the next crisis.