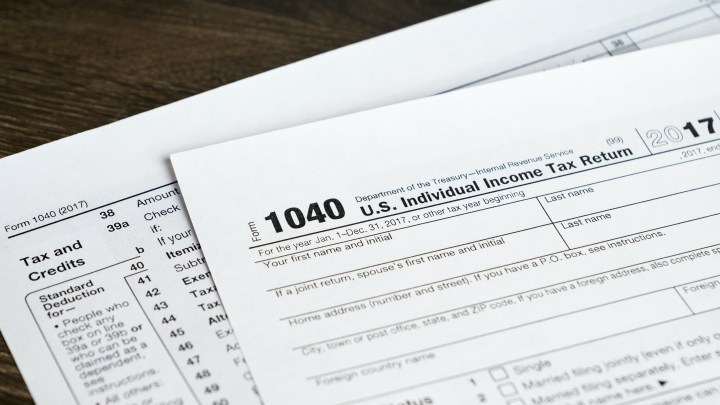 COPY
More than 1 million people a year fail to claim the refunds they are owed, according to a tax expert. masterSergeant via Getty Images

More than 1 million people a year fail to claim the refunds they are owed, according to a tax expert. masterSergeant via Getty Images
Listen Now

It’s April 12, which means in a normal year you’d only have a couple of days left to file your taxes.

The IRS has extended the deadline this year because of the pandemic, so May 17 is now the day to get your tax return in for 2020. And for 2017.

Yes, you read that right.

The IRS estimates that it still has more than $1.3 billion in unclaimed refunds from 2017. And May 17, 2021, is the last chance for people to file and get those refunds.

Every year, lots of people don’t file their taxes, either because they made so little that they didn’t have to. Or? Because they just didn’t.

And more than 1 million people a year end up leaving money on the table, said Mark Steber at Jackson Hewitt Tax Service. “It can be an enormous amount of money.”

So as he said, a lot of money.

On top of that, people who didn’t file 2017 taxes may not have filed 2018 or 2019 taxes either, according to Janet Holtzblatt at the Urban-Brookings Tax Policy Center. Which means “they’re not just missing out on the money that they were owed as a refund in those years, but they may also be owed money for the economic stimulus payments.”

So, Holtzblatt said, there could be a real advantage to filing all those taxes now.