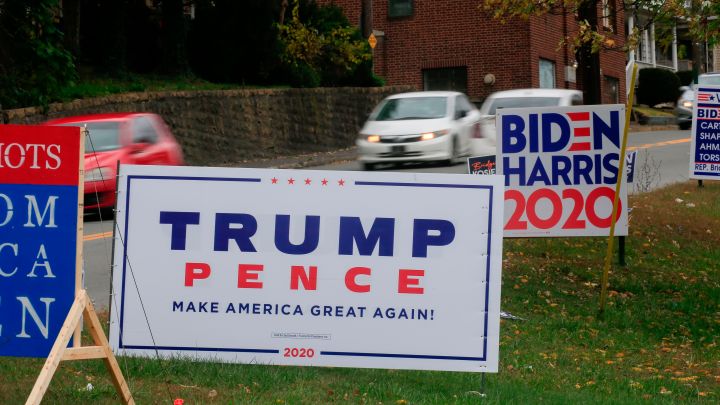 The 2020 election, and the election-related disinformation and unrest that followed, have led to a stark reversal in consumer confidence by party affiliation.

While consumer confidence measured among all American adults has held relatively steady from the November election through early February, there have been substantial swings in sentiment for each party’s partisans. According to daily consumer surveying by Morning Consult, Democrats’ confidence has soared since the election, while Republicans’ formerly buoyant sentiment has plummeted.

During the time Donald Trump was president, Democrats’ confidence consistently hovered approximately 40 points below that of Republicans.

As of early February, Morning Consult reports that confidence among Democrats is approximately 30 points higher than that of Republicans.

Part of the reason for the reversal and divergence, Leer said, is that Americans have become more partisan.

“There is a long history of politics influencing consumers’ views of the economy,” he said. “And there’s strong evidence that the impact of politics has actually increased over time. Consumers across the political aisle respond to events and interpret those election results very differently, in terms of what it means for the economic outlook of the country as a whole.”

Evidence of this partisan divide can be found among Americans who Marketplace and Edison Research have been polling for the past several years.

“I am very, very uneasy about where we’re headed,” said Anna Cronin, a Trump supporter from the Phoenix area who works for a homeowners association and runs a small renovation company on the side. “The level of debt that we’re getting into is very concerning. We’re headed to more restrictions, I think, financially. I am very concerned about raising the minimum wage — because of the trickle-down effect that it’s going to have on all of us.”

“I really think the future is bright,” Kelly said. “These last four years have been tough.”

Kelly doesn’t anticipate that his own economic prospects will necessarily improve immediately. But he thinks the overall U.S. economy will rise, with new Democratic policies on COVID-19, job creation and income inequality.

“I just feel like everything has the potential to get better,” Kelly said. “As a consumer, you have more reasons to feel confident right now, because the people that are in charge are going to be making the right moves.”

The difference here could be characterized in sports terms, as if Team Democrats are dancing in the end zone after winning the big election game, while Team GOP is bumming in the locker room after losing.

“I think that there’s definitely a psychological connection in political partisanship and sports partisanship,” said Smith College sports economist Andrew Zimbalist. “What can happen with sports — and it’s mostly a very short-term and ephemeral phenomenon — is that optimism and energy can reverberate in a town after a team wins the Super Bowl or wins the World Series.”

So for Republicans in 2017, at the dawn of the Trump administration, and for Democrats now with the Biden administration in control of the White House and Congress, “one begins to believe that there’ll be good economic policies put in place,” said Zimbalist. “And that usually goes along with greater willingness to invest in the future, spend money on short-term entertainment.”

How ready consumers are to actually spend it up, though, is partly down to personal circumstances.

Aaron Iturralde voted for Trump in 2020, and he thinks the economy’s in for rough going.

“Economy-wise, I was a lot more comfortable with Trump being in office for the simple fact that he’s a businessman, he knows what businesses need to function and to operate,” Iturralde said.

With Democrats in control, “normally, I would definitely be drawing back, as far as my expenditures and all that, and be putting more into savings for a rainy day, as well as retirement savings,” he said.

But, Iturralde works at an armaments factory in Kansas City, Missouri, that’s been going gangbusters.

“With the industry that I’m in, making ammunition, all the overtime and double-time that I could possibly ask for, money is not going to be an issue.”