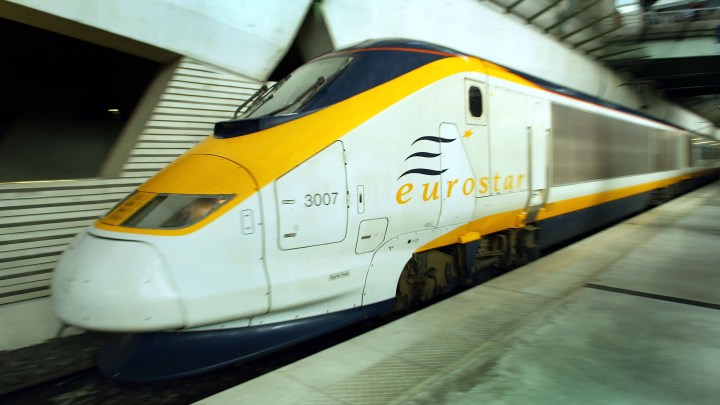 With Brexit, COVID-19 travel bans and a dispute over vaccine supplies, Britain has not in recent memory seemed so isolated from continental Europe as it is right now. And that isolation could soon intensify.

One very important link between Britain and Europe — the Eurostar high-speed rail service that runs through the Channel Tunnel and connects London with Paris, Brussels and Amsterdam — is in trouble and could go bust.

Eurostar, which is 55% owned by the state-run French railway SNCF, has been hit hard by the pandemic.

“It’s been devastated” said Mick Lynch, assistant general secretary of Britain’s RMT union that represents many of the company’s workers. “It has virtually no revenue and no passengers to speak of.”

Before COVID, the company carried up to 30,000 passengers a day and made a profit of over $100 million a year. Today, due to travel restrictions, barely 300 people a day use the service and the company is losing millions of dollars a week.

“It’s bad, but there is a viable business there, struggling to get out from under COVID,” Lynch said. “If we’re not careful this will be another victim of COVID. This would be a tragedy for the service, for the connections, for the social benefit, the economic benefit, the business benefit.”

And the environmental benefit. The company claims that its carbon emissions are 90% lower than those of equivalent flights.

“It’s only COVID that has knocked Eurostar sideways and we must ensure that it comes back to viability,” Lynch said.

SNCF and the minority shareholders in Eurostar have pumped over $200 million into the company to prop it up. But the company says it needs more and has appealed to the U.K. for help, even though the British government sold its stake in Eurostar some years ago. The French government is hoping the U.K. will assist with funding, according to comments made by Jean-Baptiste Djebbari, the French transport minister, at a parliamentary hearing in Paris. But that idea has been met with some resistance in the U.K.

Harry Fone of TaxPayers’ Alliance, which campaigns for lower taxes, made his feelings clear.

“I certainly don’t think the British government should be bailing out what is a French company with millions of pounds of taxpayers’ cash,” Fone said. “Especially since we’ve left the European Union. Why should we bail out a French company?”

Fone argued that if Eurostar is as profitable as it seems, the private sector should come to the rescue and bail out the company in return for a stake.

“Why do they turn to the taxpayers first? Why not go straight to the private markets?” he asked.

One of Eurostar’s most enthusiastic passengers has joined the debate. Rail expert Mark Smith named his travel website The Man in Seat 61, after his favorite seat on the cross-channel service. Such is the company’s plight that it needs government help, he said, and the nationality of the current shareholders is irrelevant.

Smith pointed to the claim by an influential British parliamentary committee that, pre-COVID, Eurostar was injecting $1 billion a year into the U.K. economy.

What’s more, Smith said, it’s vital for Britain to maintain this link with its European neighbors. Especially after Brexit.