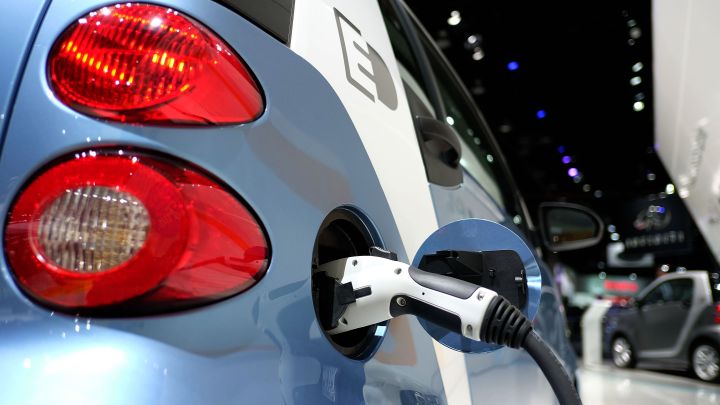 COPY
Consumers may need more concrete data on the benefits of electric vehicles before they commit. Jewel Samad/AFP via Getty Images
A Warmer World

Consumers may need more concrete data on the benefits of electric vehicles before they commit. Jewel Samad/AFP via Getty Images
Listen Now

General Motors announced Thursday it is “aspiring” to “eliminate tailpipe emissions from new light-duty vehicles by 2035,” meaning it intends to make all its new passenger cars electric by that time.

GM also said it plans to offer more electric trucks and SUVs in the coming years, with 40% of U.S. models powered by batteries by the end of 2025.

The statement came a day after President Joe Biden announced that he wants all 645,000 vehicles in the federal government’s fleet to go electric. But there could be speed bumps on the road to electrifying America’s vehicles.

The road to an electric future passes through businesses like John McGee Trucking in Simsboro, Louisiana. He’s got 16 trucks working on oil fields and farms there.

When asked if he would go electric, McGee said: “I don’t know. I guess all the technology, with the batteries and breakdowns or maintenance, I’d have to let somebody else go first.”

That hesitation is pretty common.

Commercial vehicle fleets sometimes last 20 years, so when people like McGee buy a new truck, they look hard at reliability, durability and mileage. At this point, there isn’t a lot of experience or trust on which to base those calculations for electric vehicles.

“Some of these fleets, they really need millions of miles of validation before making big commitments,” said Tim Denoyer, vice president at ACT Research.

Still, Denoyer said, the math is pretty clear. Even though electrics are 20% to 40% more expensive upfront, one can save 50% on fuel costs over the life of the vehicle.

Denoyer said the “total cost of ownership of most trucks and buses is already below diesel or gasoline.”

But because of the way a lot of companies set up their accounting practices, those savings may not be obvious. “They literally don’t have the data,” said Chris Nelder, manager of the carbon-free mobility practice at the Rocky Mountain Institute think tank.

For example, if a university’s fleet of electric trucks used for maintenance is charging from the school’s power system, which is budgeted in another department, how do the managers recognize what they’re saving per truck?

“Organizations are going to have to actually restructure internally in terms of their business processes, accounting processes, procurement processes in order to understand the true value of owning an electric vehicle,” Nelder said.

For now, the true value is elusive because electric vehicles make up less than 2% of the machines rolling down U.S. streets and highways. But if GM and other carmakers stick to their announced plans, that could soon change. 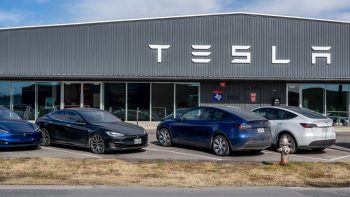