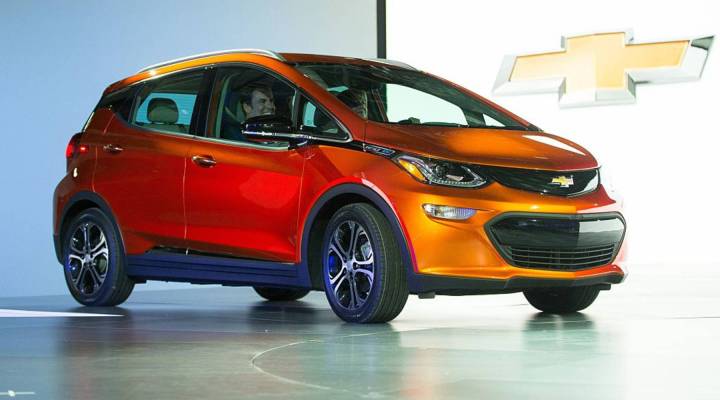 General Motors unveiled its new electric car at the North American Auto Show this month. It’s called the Chevy Bolt, not to be confused with GM’s hybrid, the Chevy Volt. The small, electric car is raising eyebrows at a time when gas prices are low and American car production continues to rise.

Fletcher on the significant of this car to General Motors:

The Bolt really is an investment in the future and so we look at this car to be the breakthrough to take EV’s mainstream. We think EV’s are important for a number of reasons. One is to provide alternative forms of transportation, but also a platform to layer on technologies. Technologies throughout the car including safety features, including connectivity leading to autonomous and ultimately a great solution for ride sharing.

On why she’s not worried that gas prices have dropped:

You know, what we’ve learned is, we have over 80,000 generation one volt owners on the road today. And what we’ve learned from many of them is that they really love electric driving and they don’t want to use gasoline at any price, in fact, some of them say, “How much is gas?” So, that’s a great part of our contingent, a great part of our owner base and again, we think the Bolt EV is really a look toward the future.