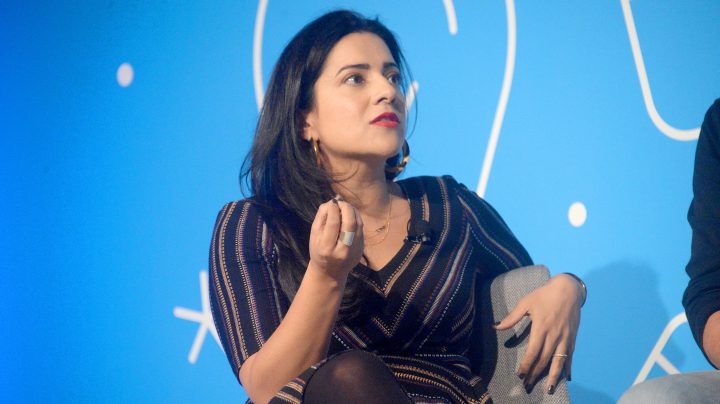 COPY
Reshma Saujani, founder of Girls Who Code, says the new administration should press companies to bring back female employees who have left the workforce. Brad Barket/Getty Images for Fast Company

Reshma Saujani, founder of Girls Who Code, says the new administration should press companies to bring back female employees who have left the workforce. Brad Barket/Getty Images for Fast Company
Listen Now

Before the pandemic, women were more than half of the workforce in the United States. But since COVID-19 hit, women have left the workforce at four times the rate of men.

“The fact that the labor market participation for women is where it was in the 1980s means we’ve got a real problem in this country,” said Reshma Saujani, founder and CEO of Girls Who Code, an organization that works to increase the number of girls in coding and tech.

Saujani said the government should act on the Marshall Plan for Moms, a proposal that addresses the pay gap and what the coronavirus pandemic has done to women. It includes a monthly $2,400 payment to mothers and policies on parental leave, affordable child care and pay equity.

“Marketplace” host Kai Ryssdal spoke to Saujani about these issues. The following is an edited transcript of their conversation.

Kai Ryssdal: Do you think the way back is through, not specifically Girls Who Code, but the drive to get women into technology and some of those clean-tech and higher-skilled jobs that that maybe they haven’t been part of in the not-too-distant past in this economy?

Reshma Saujani: If we think about why are women leaving the workforce, you know, the first is child care. Like, I get this. My son was just — I just had to lock him out of the room as he was asking for, like, a chocolate-chip muffin, and was like, “Hey Mom, when do I have to log back in again?” Like, right now I am teacher, nanny, tech support, cook. I’m exhausted, I’m depleted, I’m not raising my hand up for opportunities, because I’m just barely hanging on. And so, you know, so many moms I know, they say, “You know, we don’t need a vaccine, we need schools to open.” And when schools reopen, we can potentially get our labor participation back up. But too many women right now are making the calculation that it’s not tenable. And I think secondly, which goes to your point, is that we’ve lost women in industries that are in hospitality, service, education, health care. Many of these jobs aren’t going to come back, right, because of automation and because of the way things have really shifted. So, we have to invest in retraining women so they’re less vulnerable in future recessions.

Ryssdal: You know, it’s funny because so much of the way we have gotten through this pandemic so far, because it’s not done yet, is by using these technological tools. And one would expect that there would be huge upside and thus huge demand, and that would let groups like yours and others, sort of, get into that pipeline, the pipeline that we’ve heard for so long, is what’s been holding women back in tech.

Saujani: Yeah, but it’s interesting, consumption of technology isn’t the same as seeing yourself as a technology innovator or creator. And so yeah, one of the things I do find interesting and an opportunity in this pandemic is, you know, we’ve been able to reach far more girls virtually. So, you know, we reached 6,000 girls this summer, half of which were under the poverty line, half of which were Black and Latinx. Because we can build a program of synchronous and asynchronous learning, where they could do it if they’re an essential worker or they’re taking care of a sibling. That is an opportunity to get coding in the hands of more children. We still have a huge problem with the digital divide. Too many children don’t have high-speed internet and devices. But yes, but I still think the problem that I’m seeing, Kai, is that I don’t think that companies are solving the talent gap in their company. So almost 40% of my Girls Who Code alumni said that their internship or their full-time offer had been reneged. So, when studies show that almost 50% of women in tech, under the age of 35, will leave in the first five years — and again, they’re leaving because of the issues that we talked about: child care, remote schooling — you’re never going to close the gap. So, you know, I think that this next administration really has to shine the light on the private sector to say, “What are you doing? What is your plan?” Which is why, you know, we keep talking about the need for a Marshall Plan for Women because you cannot change what you cannot measure. And so, if we’ve lost 2.1 million jobs, if said company has lost 20% of the women in their workforce, what’s your plan to get them back? What are the policies that you’re putting in place to make sure that they can actually come back and not just survive, but thrive?