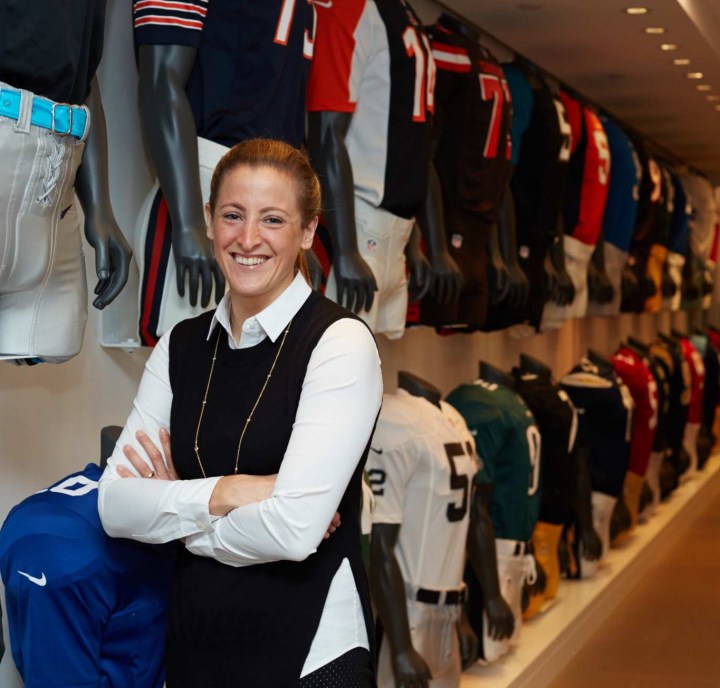 COPY
Sam Rapoport, senior director of diversity and inclusion at the NFL is trying to grease the pipeline for women who want careers in football. Eric Espino/NFL

Sam Rapoport, senior director of diversity and inclusion at the NFL is trying to grease the pipeline for women who want careers in football. Eric Espino/NFL
Listen Now

Around 45% of National Football League fans are female, but the majority of coaches, scouts, referees and football operations employees are men. As senior director of diversity and inclusion at the NFL, Sam Rapoport is trying to change that by greasing the pipeline for women who want careers in the sport.

For several years, Rapoport has hosted programs designed to educate and connect women with people in the industry.

“The business case really is to ensure that we’re considering the entire talent pool when we are staffing our football operations positions and our business operations positions,” Rapoport told Marketplace host Kai Ryssdal. “Previously, women felt disenfranchised from some of these positions, and we’re trying to build a bridge and connect them to people that could put them in a position to hire them.”

Rapoport said she’s also focused on increasing the visibility of women who already do work in football. “Our overall mission is to normalize women in football,” Rapoport said. “So we’re not putting any markers on the ‘first female’ this or that, we really want to flood the pipeline with girls and women … and create representation for young girls coming up.”