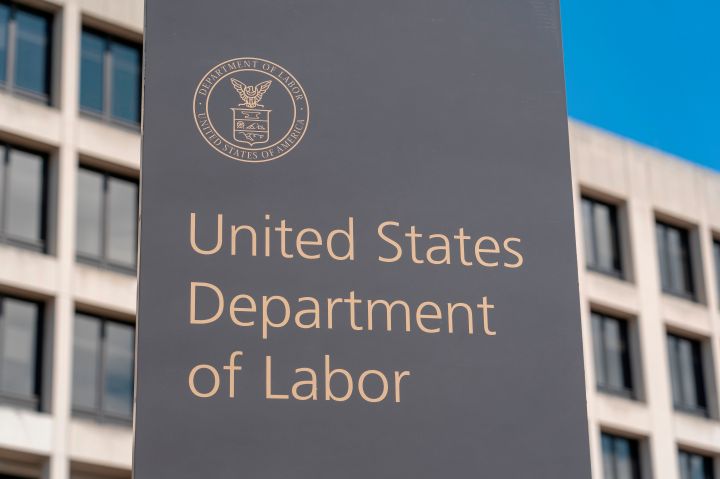 COPY
Some economists are saying it is time for the federal government to take over the unemployment insurance system. Alex Edelman/AFP via Getty Images
COVID & Unemployment

Some economists are saying it is time for the federal government to take over the unemployment insurance system. Alex Edelman/AFP via Getty Images
Listen Now

In his inaugural address on Wednesday, President Joe Biden acknowledged that “millions of jobs have been lost” and that he understands people are worried if they can “keep my health care, can I pay my mortgage?”

That’s what unemployment insurance is supposed to help with, but the economic crisis laid bare by this pandemic has shown that our system, which relies on each state to fund and administer jobless benefits, is not enough. The federal government has been supplementing unemployment checks.

Janet Yellen, Biden’s treasury secretary nominee, said in her confirmation hearing on Tuesday that the smartest thing the federal government can do right now is “act big,” in part by keeping that funding for unemployment checks flowing.

Some economists are suggesting now is the time for a bold overhaul of the whole system, and letting the federal government take it over.

They point to the fact that one of the first things the federal government did in March, after the pandemic hit, was to expand unemployment insurance through the CARES Act.

Congress added an extra $600 a week to unemployment checks. The act also made more people eligible for benefits by including gig workers and low-wage workers usually excluded by state rules.

Kathryn Anne Edwards. a labor economist at the Rand Corp., said that was a “telling critique” of the current unemployment system where every state makes its own rules about how much to pay in benefits and who qualifies for them.

“They all really point to a story that these should be federal benefits that every worker in the United States gets so long as they earned a wage,” she said.

In many states, Black people and women are much more likely to hold low-wage or part-time jobs, positions that are often not eligible for benefits, Spriggs added.

Reforming the system, which has been around since the 1930s, so that it works more like Social Security, would make the program more equitable because, said Spriggs: “There would be federal standards as to “what’s the tax, who’s eligible and what are the benefits?”

And in major downturns like the present, many states also run out of money to pay unemployment benefits and end up borrowing from the federal government.