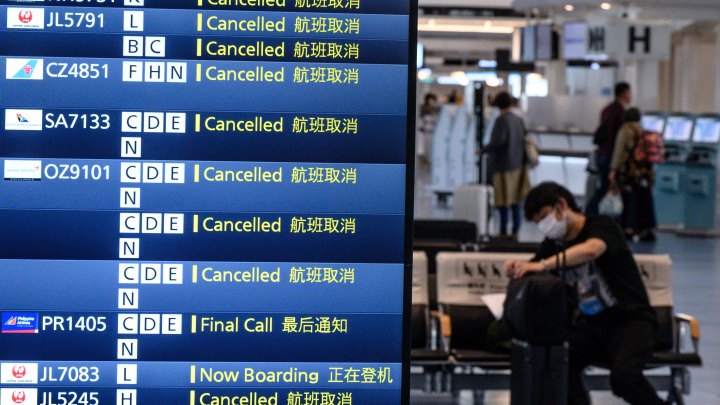 As Christmas approaches, Americans pretty much everywhere are being asked to limit travel. But just how accommodating have travel and lodging companies been when it comes to refunds for cancellations? It has varied.

Back in March, Ambrish Kochikar from Evanston, Illinois, was supposed to travel to India to visit family. Then India suspended entry with travel visas. So although he could have made the trip alone, he said his wife and two kids “wouldn’t even be able to get onto the airplane.”

So Kochikar had to cancel. He said not only did United Airlines not fully reimburse him, the cancellation fees amounted to a thousand dollars.

“It is totally unfair. If you don’t give me my refund, you are expecting me to go into debt for a thousand dollars that I could’ve used for something else,” he said.

Marketplace asked United Airlines about his situation. A spokesperson told us late this afternoon (after our broadcast aired) that Kochikar was offered a voucher for future travel but instead chose a partial refund with a penalty.

Since March, United and most other major airlines have dropped their ticket change fees through the end of this year in response to the pandemic.

But, said Angela Fontes, an economist with the American Council on Consumer Interests, “one of the things that’s a little challenging is that the lowest fares, sort of the super-saver-type fares, are the ones that are likely to have the most restrictive policies, specifically around cancellation.”

There have been a patchwork of policies for lodging. Hotels vary, but for now most chains, including Marriott, Hilton, Hyatt and IHG (the parent company for hotels including InterContinental, Kimpton Hotels and Holiday Inn) will allow most cancellations with no penalties.

Airbnb, on the other hand, leaves it up to the host and the guest to negotiate possible refunds directly, but isn’t promising anything, unless one of the parties has COVID.

Refunds for travelers are costs to businesses. The travel and leisure industries are being hard hit by the pandemic. United Airlines forecasts a 67% decline in revenue this fourth quarter, compared to last year.

Airbnb, which is expected to launch its IPO on Thursday, saw a 19% revenue drop from this time last year. And, Fontes added, it may be hard to empathize with a company but “while these are corporations, they’re airlines, they’re hotels, they’re also a group of employees … employees who are being laid off as a result of this.”

At the end of the day, public health officials say, now is just not a good time to travel.

“The pandemic is really raging out of control in most of the United States,” Cornell University epidemiologist Isaac Weisfuse said. “This is really an important time to hunker down and to avoid possible exposures.” So cancellation fees or not, Weisfuse added, health should come first.