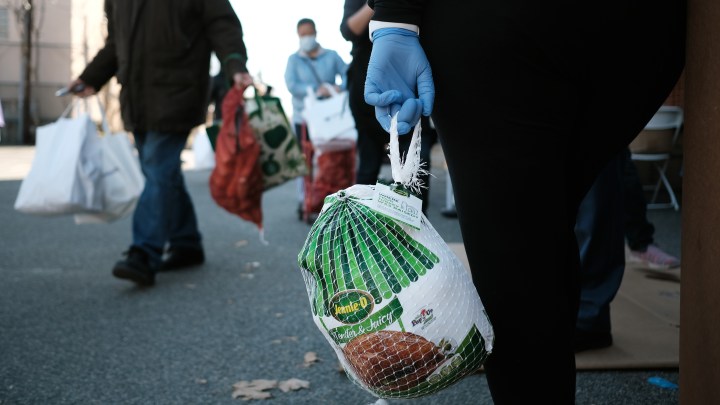 This Thanksgiving holiday is different from last year in so many ways: people not traveling, families not getting together, or perhaps only seeing each other on shared screens. Many Americans are cutting back on celebrations of all kinds, with millions out of work. Some who’ve lost work and income will have less to eat this Thanksgiving.

And increased demand is impacting food banks and feeding programs.

Jacobsen Valentine runs Feed the Mass in Portland, Oregon. Since early in the pandemic, the group’s been taking donations of unsold food from places like Costco and Amazon and preparing free meals for people in need.

“The 200 Feeding America food banks have consistently reported about 60% more people showing up at food distributions than before the pandemic,” she said.

Heading into winter, Fitzgerald predicts food insecurity will worsen. Meanwhile, she said, food banks face a decline in supply, as two federal programs that provide food from U.S. farmers are set to expire. 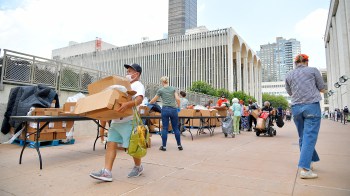